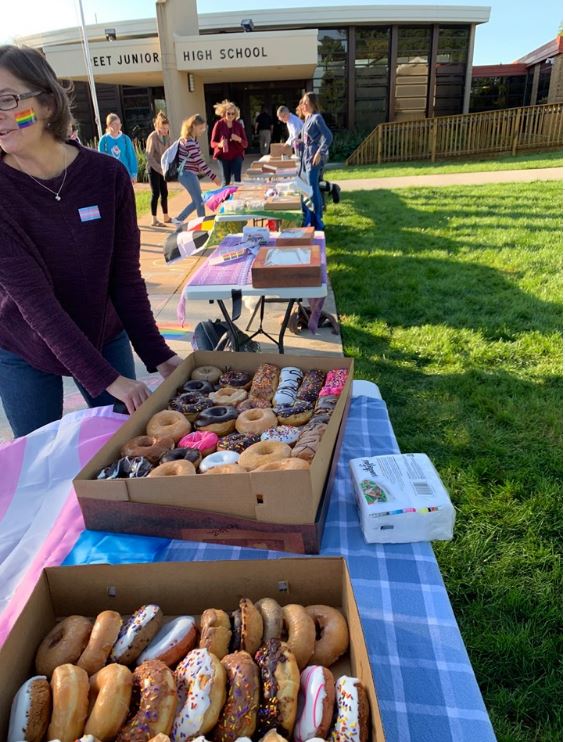 Last week The Iowa Standard reported about an event at Peet Junior High in Cedar Falls. It was billed as a “welcoming” event, but turned out to be an LGBTQ advocacy event.

You can read about this incident here. You can also read about Sen. Eric Giddens and his wife’s participation here.

The Iowa Standard reached out to Mr. Boevers on Tuesday. We got ahold of him on Wednesday, but he said he was under instruction to direct us to the communications person for the Cedar Falls district.

According to one of the concerned parents we talked with, the “student group” that requested to host the event did not have a name according to Mr. Boevers. Darst told The Iowa Standard that the group’s name is “Difference.”

Kendra Wohlert, who is Sen. Eric Giddens’ wife, told the parent in the video that she is a teacher. According to Wohlert’s Facebook page, she works at Southdale Elementary as the vocal and general music teacher.

Darst, though, said Kendra Wohlert is not a teacher in the Cedar Falls district.

Darst said the district was aware the event would be happening.

“Yes, the event at Peet, as described prior to the event to building administrators, was to be a ‘show kindness’ event organized by students to give out donuts before school,” Darst said. “The event, as it took place, was not expected nor approved as it became something different than ‘show kindness.’ We have reviewed how we can and will handle situations like this better in the future and something like this, or similar, will not take place again.”

The Iowa Standard asked some questions that went unanswered and also submitted a few follow-up questions. We’re hopeful that we’ll have answers from the Cedar Falls district soon.

HALL: Abortion supporters use of word ‘dehumanizing’ stands out during public hearing on abortion...