Home Education CLOSE CALL: Look what Boone counselor was going to use with TK-1... 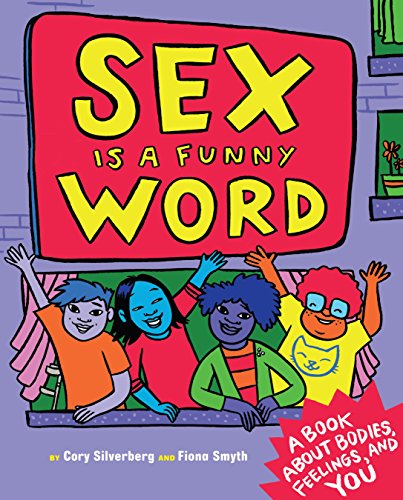 Earlier this month, parents in Boone received a letter from a PK-1 professional school counselor called Ashlie Morgan letting them know that TK-1 students will participate in “educational experiences” concerning prevention of sexual abuse during the month of May.

“While it may first appear this is a young age to begin such instruction, statistics prove young children do suffer such abuse,” the letter states. “Your support of this learning is important for your child and others in your life.”

Learning targets for the lesson are:

Parents were never instructed in the letter they could opt out. One of the materials listed to be used is called “Sex is a Funny Word.” It’s a book by Cory Silverberg.

Parents expressed concern to the school, administration, superintendent and school board. After the feedback was received, the district decided against any portion of the book being used.

Superintendent Julie Trepa said students would not use that book — any portion of it — and that using the full book was never something that was going to happen.

“The book in its entirety was never on the table,” Trepa told The Iowa Standard. “There were selected portions of the book that had been considered.”

The letter sent by Morgan indicates certain pages of the book would be used in her lessons. Pages 34-38 covered the body and how bodies are like books. Students are asked to draw a picture of what their outside body looks like and what their inside feels like.

Pages 46-49 start with a character saying they would be naked all the time if they could.

“Some people love the feeling of being naked. When you are naked you can see and touch your body without clothes getting in the way,” the book states.

Students are then asked when they wear clothes and when is it OK to be naked.

Pages 57-67 include the following images:

This page tells students that learning about these body parts might make them want to see them on other people, but if someone has part of their body covered, it’s probably for a reason. And if they do want to learn and look they need to look in a book with drawings — like this one. For her part, Trepa said transparency with parents helps the collaboration used to determine what is used for curriculum. And, in this case, after the principal brought concerns to her attention, she decided none of the material from Sex Is a Funny Word would be used.

Trepa said the subject matter is something the school has taught for 20 years and previously used a school nurse to teach. However, after staffing changes, the nurse is shared in multiple buildings and not as readily available. Trepa said she believes it is “logical” for a counselor to present the material as a counselor for a sexual assault prevention program.

“The full book is not in the school at all,” Trepa said. “It’s not in any library. The portion the counselor had considered — it was a portion — not the book in its entirety ever. Even that portion has been removed. It was never taught. It’s not going to be taught. It’s not even in the plans to be taught. I just want to make that very clear.”

Jeremy Pritchard, the board president, said he believes the district handled the situation the way schools should.

“I would hope that we would be an example of what happens once we become aware of these things in our school system,” he told The Iowa Standard. “I’ve seen some of the stories, problems in public education you’ve written about. In Boone, we try to do it the right way.”

Pritchard said “swift action” was taken to make sure the materials did not get into classrooms as soon as the superintendent and board found out the proper curriculum review and implementation process was not followed.

He agreed with Trepa that the full book was never going to be shown to students or even made available.

“Curriculum was reviewed and revised immediately,” he said following concerns from parents. “There were still concerns. At that point, the board and superintendent started to hear about it and it got to the higher levels quickly at that point. It was reviewed and there were concerns. Revisions didn’t meet the expectations of the community and at that point the curriculum was pulled in its entirety. That, to me, seems like how the process should work. We pulled it as soon as we found it was happening.”

“Boone tries hard to be transparent,” he said. “We try hard to do it the right way. This was a mistake. It was an issue. I don’t doubt that. We prevented it once we found out about it. To me, as the school board president and a Boone residenet for 35 years, I think that’s how a community school should work. The school should be a representation of the community.

“If parents have issues, I’m going to listen to them. I’m not going to jam it down their throats because that is what someone tells me is the right thing to do. I’ll stand up for community beliefs.”

What will happen to the counselor who apparently failed to follow policy remains to be seen. Pritchard said he manages just one employee — the superintendent.

As for the book itself, you can learn more about it below:

You can watch a review of the book below where the lady reviewing the book said it is a great puberty book. The book is created for especially young people 8-10. Keep in mind TK-1 is not 8-10-year-olds.

“It’s a groundbreaking book because it is the first truly inclusive book for this age group,” the reviewer said.

Feel free to watch the review of the book, which gets into greater detail at about the three-minute mark.

Other excerpts of the book, according to The Marginalian, include:

The truth is much more interesting than that!”

Maybe you aren’t sure, or don’t care that much. Maybe you feel like both. Maybe you just need some time to figure it out, without all the boy and girl stuff.

“Touching isn’t just something we do with other people. We also touch ourselves.

Touching yourself is one way to learn about yourself, your body, and your feelings.

You may have discovered that touching some parts of your body, especially the middle parts, can make you feel warm and tingly.