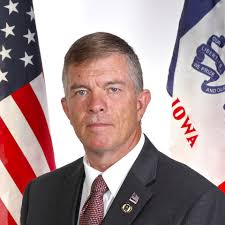 Bill Schafer is running for Congress in Iowa’s Third Congressional District. You can learn more about his candidacy here.

I want to generate a conversation on our Constitutional Federal Republic at the National and local level.  Consequently, one of my first principals will be to always talk with folks about the level of responsibility for topics before we argue about what the policy ought to be.

The First Amendment should be all we need to protect religious liberty.  I will defend and protect our constitutional rights.

No. This idea would place a ridiculous burden on business and prevent families from visiting and/or vacationing and have an increasing impact on rural areas that lack public transportation options. In addition, supporting increased taxes in any area perpetuates the ability of government to fund programs and/or deficit spend without a balanced budget that is based on prioritized programs.

There are five parts to balancing the budget 1) Prioritize federal spending according to the constitution.  2) Use revenue forecast based on historical data to determine expected annual funding levels 3) Fully fund top priorities like national defense, disaster relief, and debt payment, partially fund other programs 4) Eliminate or push programs determined not to be federal responsibility to the States. 5) Review the executive branch for reduction or elimination opportunities.

Sanctuary cities are a danger to the American citizens within their boundaries and our country.   The constitution designates both National Security and Immigration as federal responsibilities.  Therefore, it is unconstitutional for a State, city or county to harbor illegal aliens within the borders of the United States.  I think it is appropriate for the federal government to withhold funds in order to discourage sanctuary policies.  Furthermore, if this activity is allowed to stand, meaning, the precedent that our National laws are being broken for this activity, what will be the next activity to which Constitutional based National law no longer applies?

I believe that each of us should be good stewards of our environment.  The federal government has the constitutional responsibility to promote the sciences.  Therefore, I support a role for the federal government in studying the science of climate.   I do not support emotional arguments, policy proposals, or tax burdens for, or against, climate change, that have no scientific basis.

No.  Red flag gun legislation is nothing more than feel-good legislation intended to gain political points and votes.  Most importantly red flag legislation is unconstitutional and violates the 2nd, 4th, 5th, 6th and 8th amendments.

American foreign policy is the basis through which we achieve National Security as we interact with the rest of the world in order to preserve freedom, maintain economic balance, monitor regional stability and deter aggression against the United States.  I believe to achieve this we use a combination of diplomacy, information, military and economic tools.  I agree with the President that “America First” should be the centerpiece of American foreign policy.

Yes. It is my view that the best of our politicians have created an unfavorable view of congress.  I believe that elected office at the federal level should not become a life long career and “We the People” should encourage a return to statesmanship service. I support term limits, but will advance this topic to “Service Limits”, which indicates support for term limits for each chamber of Congress and a service limit for moving from the House of Representatives to the Senate.  The starting point from me is 2 terms in the House and 3 Terms in the senate with a ranger from 12 18 years of combined service in congress.

I am confident that there are many Democrat members of Congress that would be willing to work on federal level reforms that would push responsibility back to the states.  One example I think would be education reform.

The Iowan’s of my chosen home. This campaign has been an incredible journey for me and my wife, Robin. From the announcement of intent to run in May 2019 we have met amazing people. These folks represent every possible aspect of America from laborers, to farmers, to business leaders, to homemakers and retirees; what they are all bonded by is conservative self-reliance and a love of our country. These Folks are powerful great Americans. They represent the best of America and deserve to be represented by someone, who is not interested in a career as a politician, but rather wants to serve them and the country he loves.