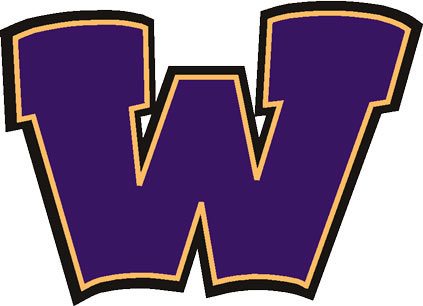 Radical left-wing liberals are not satisfied with the results of the Waukee School Board election from Tuesday it seems. While they are likely glad the conservative candidates lost, they do not seem to be content with just winning the election.

Enter someone on Twitter called Thomas Frank. Frank tweeted at Wells Fargo to ask if they support Vin Thaker, who he said is an employee of Wells Fargo. Thaker made anti-LGBTQ statements as part of his campaign for school board — according to Frank.

“Need to know because my husband and I have millions in WF commercial accounts we will relocate if you do,” Frank wrote.

Wells Fargo actually responded to this.

“Hi Thomas. Wells Fargo does not support statements that are against diversity and inclusion. Could you please send us a DM with more details about this? We’d like to forward it to our HR department for review.”

Seriously. That was their response. See below: The company said the matter is “currently under review.” And Frank continued.

“Vin Thaker works for you as a ‘project manager’ in Iowa. Vin is running for a school board position. Vin thinks any student who checks out a book with an LGBTQ theme should be outted for doing so and the person who purchased said book should also be reported. 7 WF accounts.”

Keep in mind the book(s) Thaker was talking about are not simply LGBTQ literature — they are sexually explicit books that do not belong in any school library. If you’re not sure — or perhaps not educated on what is in the actual books — check this out:

Thaker, for his part, wrote the following:

“If not, before I am elected, then this will be my first task, second to find out who were the students that checked out these books. Their parents will be notified. Third the person who ordered these titles will be answering to the school board.”

This is certainly not unreasonable if anyone looks at the pictures in the book “Gender Queer” or reads the words from “Lawn Boy” or “All Boys Aren’t Blue.” Children could have checked out the books not knowing what they would find and then not know who to talk to about it. The parents should know if their kids were subjected to this filth.

On Thursday, Thaker posted to Facebook. I’m not going to edit it or pick and choose what parts are shared because I believe it is important to let Thaker speak for himself:

“So although you all have gone back to your lives, and the new board members are elected, I am going through a turmoil.

“The amount of hate the supporters of Lori Lyon, Armel, Michael Schrodt and Jamie Secory have caused so much damage to me and my family’s reputation, that I am now getting serious threats online from random people I don’t even know.

“I have had to file a complaint last night with the West Des Moines Police Department for harassment and potential physical harm.

“I have also had the names of the trolls and people who have been harassing me on this page and on other social media platforms.

“I am receiving threats because my comments were taken out of context on the questionable books in the school library and posted all over social media. The LGBT community thinks now I am their enemy because of how people cut and pasted my comments.

“I now fear for my family’s safety and want everyone to know what a dangerous situation people in our community have put my family in.

“People like to gloat about how inclusive they are and how they support diversity in the community, but they will attack people of color who do not fit their narrative. But just because I ran for school board and was not a registered Democrat, I have been vilified in the left-wing media – Iowa Starting Line by their trolls and managing editor, and other Democratic platforms online.

“I just wanted everyone to know that if anything ever happens to me or my family, the people (supporting Lori Lyon, Armel, Michael Schrodt and Jamie Secory) who spread false rumors about me and skewed my comments and posts are responsible.

“Those of you who have put my family in harm’s way just for standing for school board election, you know who you are.”