Iowans For Tax Relief 1
Home National Dear Sen. Ernst: Being condescending is not a good defense for a...
Share
Facebook
Twitter
Pinterest
WhatsApp
***The Iowa Standard is an independent media voice. We rely on the financial support of our readers to exist. Please consider a one-time sign of support or becoming a monthly supporter at $5, $10/month - whatever you think we're worth! If you’ve ever used the phrase “Fake News” — now YOU can actually DO something about it! You can also support us on PayPal at [email protected] or Venmo at Iowa-Standard-2018 or through the mail at: PO Box 112 Sioux Center, IA 51250

Iowa Junior Senator Joni Ernst was one of the 12 Republicans who pushed the so-called Protect Marriage Act, indeed made it happen.  Iowa’s Senior Senator Chuck Grassley past Chairman and Ranking Member of the Senate Judiciary Committee voted in opposition to the legislation along with 75% of the Senate Republican caucus.

In radio and newspaper interviews Senator Ernst said and implied that citizens criticizing her actions had not read the bill ~~ otherwise they would understand how the bill protected marriage or something.

So Senator Ernst are you saying that Chuck Grassley (a constituent of yours as well) or the staff provided him as a former Chairman of the Judiciary Committee and current Ranking Member had not read the bill, nor the 90% of the other Republicans on the Judiciary Committee or their staffs,  nor did the 75% of the Republican Senate caucus and their staff who opposed it?

Among those in opposition were graduates of prestigious law schools, former Supreme Court or Appellate Court clerks, a former State Attorney General or two, and a noted constitutional scholar . . .  such as Ted Cruz, Tom Cotton, Josh Hawley, John Kennedy and Mike Lee. Their votes were just knee jerk votes but your vast experience in litigation strategy and legal language and history regarding the matter was exceptionally (as compared to the rest of your caucus) clear headed and insightful? 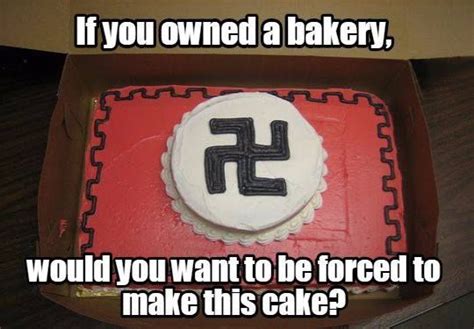 So organizations with decades of legal experience fighting for their adherents religious liberties and have extensively authenticated issues with the inadequacy at best of the language of the act along with the implications of the refusal of the majority to pass clarifying amendments — they too are just knee jerk ignoramuses who had not read the bill . . . and their rube followers in your state should not trust them but should trust your scholarship on the matter?

We should not trust Chuck Grassley, the Heritage Foundation, The Family Resource Council, Lutheran Church Missouri Synod, the United States Conference of Catholic Bishops, The Southern Baptist Convention and so many other cultural conservative organizations with skin and experience in the game . We should trust you because you read the bill but don’t trust them because they didn’t ???

Am I being snarky?  Yes, but she started it. Simon Conway’s December 8 interview with her on radio station WHO had the worst exasperated condescending tone emanating from her, totally unbecoming the deep cultural issues at stake.

Senator Ernst vote was a serious betrayal of the Republican platform (not some quirky codicil), common human understanding about the difference of the sexes and importance of that to the culture of the family and psychological well-being of children.

Senator Ernst voted to inculcate anything goes “marriage” between two people as a matter of federal law and set the stage for further corruption and litigiousness harmful to religious liberty.  The act has no other purpose than that. Know that is true by the Democrats in support — their leadership cares not one twit about religious freedom, they prefer intimidating believers and tearing protections down.

Supporters of the act claim it protects institutional religions but it must be understood they rejected amendments that would have more clearly and definitively protected those institutions to receive federal funds for services to the community including by connected organizations without fear that they will be adjudicated as a state actor as such and consequently controlled by the act. Even more egregiously the act fails to definitively protect the religious liberties of individuals who own and operate private businesses.

The Republican platform for Iowa which ought to be a loadstar for Sen. Ernst) and those from congressional districts and probably just about every county call for support for marriage as an institution between one man and one woman. What Sen. Ernst voted for flys in the face of those.

Her vote has been met with justifiable sense of outrage from Republicans across the state. To date at least seven county central committees have censored her, issuing condemnation  resolutions for her regrettable vote. Such resolutions should happen in more county organizations as they meet in January, indeed the State Central Committee when it convenes.  There is no timeline for when such resolutions can and ought to come up.

Ernst has been the recipient of opprobrium on the matter because of her collaboration with a small number of Republicans, for the most part the usual suspects, contra the great majority of the Republican caucus (she scathingly condemns by inference as if her posse are the only ones serious enough to read the bill) and the GOP platform. The vote was no profile in courage, more like weak staffing or inability to read between the lines of legislation herself.

As this pains us to write please be assured we are able to generally and genuinely respect Senator Joni Ernst when she protects conservative values. But on serious deeply cultural matters affecting religious liberty, when she is wrong she needs to be called out from every corner of the state.  Same for Grassley and the House delegation on their serious apostasies. That Democrats are far worse is well understood.  But we can find other Republican leaders to fight these important battles through the primary process.  It is rather pathetic to think or fear we are beholden to them. They succeeded from political obscurity because Republicans trusted them to be a standard bearer not lower cultural (and economic) standards.

Here are some excerpts regarding marriage and religious liberty issues from the Republican Party of Iowa 2022 Platform  and the 2016 – 2024 GOP national platform:

1. We call for the repeal of sexual orientation and gender identity as a protected class in the Iowa Civil Rights Code and reject any additional similar legislation to Local, State or National Code.

6. We support “Conscience Clause” legislation so that no person, business, or organization can be penalized for its exercise of religious freedom by not providing services that violates their religious beliefs.

12. We recognize only two biological sexes, male (XY) and female (XX). Biological sex at birth shall determine one’s participation in or use of restrooms, locker rooms, sport teams or other such accommodations or institutions.

13. We believe that traditional, two parent (one male (XY) and one female (XX)), marriage based families are the foundation to a stable, enduring, and healthy civilization. We encourage the repeal of any laws allowing any marriage that is not between one natural man and one natural woman.

We affirm that all legislation, regulation, and official actions mustconform to the Constitution’s original meaning as understood at the time the language was adopted. Traditional marriage and family, based on marriage between one man and one woman, is the foundation for a free society and has for millennia been entrusted with rearing children and instilling cultural values. We condemn the Supreme Court’s ruling in United States v. Windsor, which wrongly removed the ability ofCongress to define marriage policy in federal law. We also condemn the Supreme Court’slawless ruling in Obergefell v.Hodges, which in the words ofthe late Justice Antonin Scalia,was a“judicial Putsch” — fullof “silly extravagances” — thatreduced “the disciplined legal reasoning ofJohn Marshall andJoseph Storey to the mysticalaphorisms of a fortune cookie.”In Obergefell, five unelectedlawyers robbed 320 millionAmericans of their legitimateconstitutional authority to define marriage as the union of one man and one woman. The Court twisted the meaning of the Fourteenth Amendment beyond recognition.  . . .

Ongoing attempts to compel individuals, businesses, and institutions of faith to transgress their beliefs are part of a misguided effort to undermine religion and drive it from the public square.   . . .

We pledge to defend the religious beliefs and rights of conscience of all Americans and to safeguard religious institutions against government control. We endorse the First Amendment Defense Act, Republican legislation in the House and Senate which will bar government discrimination against individuals and businesses for acting on the belief that marriage is the union of one man and one woman. This Act would protect the non-profit tax status of faith-based adoption agencies, the accreditation of religious educational institutions, the grants and contracts of faith-based charities and small businesses, and the licensing of religious professions — all of which are under assault by elements of the Democratic Party. We encourage every state to pass similar legislation. We likewise endorse the efforts of Republican state legislators and governors who have defied intimidation from corporations and the media in defending religious liberty. . . .

We pledge to defend the religious beliefs and rights of conscience of all Americans and to safeguard religious institutions against government control.   . . .

Our First Amendment rights are not given to us by the government but are rights we inherently possess. The government cannot use subsequent amendments to limit First Amendment rights. The Free Exercise Clause is both an individual and a collective liberty protecting a right to worship God according to the dictates of conscience. Therefore, we strongly support the freedom of Americans to act in accordance with their religious beliefs, not only in their houses of worship, but also in their everyday lives.

We support the right of the people to conduct their businesses in accordance with their religious beliefs and condemn public officials who have proposed boycotts against businesses that support traditional marriage.