Home Opinion DEMAR: Are Countries Returning to the Gold Standard? The following is from the Bank of Italy. “Gold is an excellent hedge against adversity” and “as protection against high inflation… [U]nlike foreign currencies, gold cannot depreciate or be devalued as a result of a loss of confidence.” Gold restrains governments from creating unconstitutional and regressive programs that end up bankrupting nations. Today, all a government has to do to create the façade of prosperity is to increase the amount of currency in circulation and call it money. Each time this is done, the value of existing money is diluted.

In times of crisis, people accumulate assets that retain their value and are not perishable. Gold and silver are two such commodities because they are recognized and easily transportable. Mark Rushdoony tells how his grandparents made their way to the United States from Armenia and how “their travel was only possible because of the gold coins” from his grandmother’s dowry they carried with them. “No other currency was accepted.”

Then there’s this. “Uzbekistan is pro gold as well—roughly 57% of CBU’s [Central Bank of the Republic of Uzbekistan] international reserves consist of gold, and since November [2020] CBU is incentivizing [the] population to buy gold as a store of value through its innovative gold bars. The new gold bars issued by CBU have a special protective packaging, which includes three security layers: a unique serial number, a QR-code for real time digital authenticity verification, and a membrane that changes color when broken.” 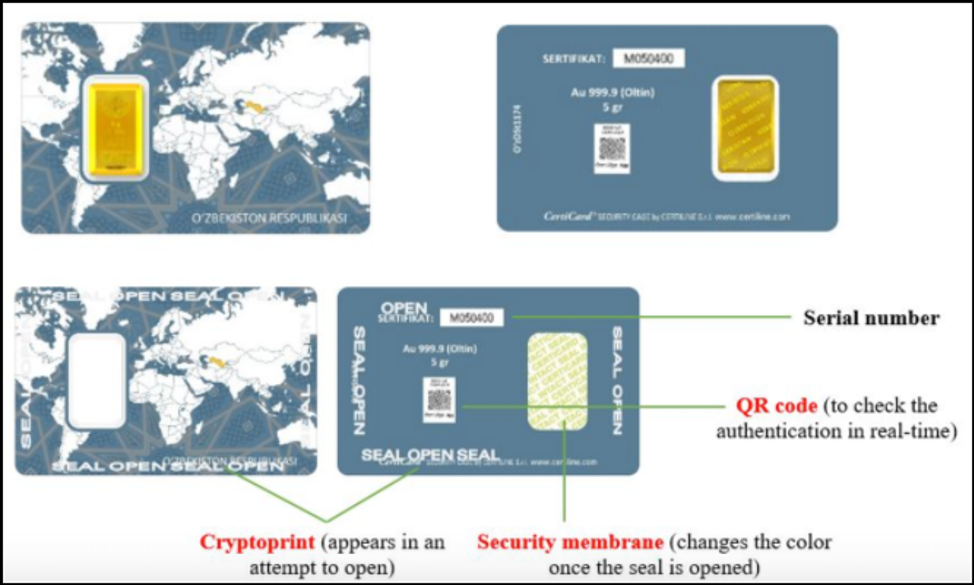 “The gold bars are 999.9 fine, available in weights of 5, 10, 20 and 50 grams, and their packages all have the size of payments cards. The gold bars are sold through twenty-eight commercial bank offices throughout the country. At any point in time the bars can be sold back to the dealing banks, even if the seal is broken.”

Gresham’s Law (named after Sir Thomas Gresham (1519–1579), an English financier during the Tudor dynasty) states that bad money drives out good money. When a government issues fiat money (paper or digital) not backed by a commodity like gold and/or silver, the limiting commodity (gold and silver) is “driven out.” The gold and silver are not done away with. People hoard the good money as a hedge against the fiat currency.

For example, silver coins were widely circulated in Canada (until 1968) and in the United States (until 1965 and 1971). The two governments debased their coins by switching to cheaper metals as the market value of silver rose above that of the face value. The silver coins disappeared from circulation as citizens retained them in anticipation of a rise in value in the future. 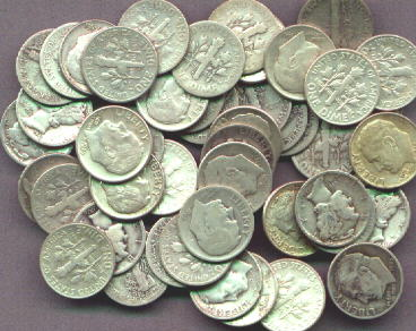 Dimes and quarters stopped being minted in 1964. The Kennedy half dollar was struck in 90% silver in 1964. The following year, it was changed to a silver-clad surface with the silver content lowered to 40%. In 1971, the circulation coinage composition was changed a final time, eliminating the silver, and replacing it with a copper-nickel clad standard common to the quarter and dime.

Silver dollars are still being minted and are valued around $19 per ounce. They rarely enter circulation. The coins are bought and sold as investments and held as a hedge against a devalued dollar.

Today, paper money is actually made from 75% cotton and 25% linen and was originally used to represent held gold or silver. Silver and gold certificates could be exchanged for actual gold and silver: “One Hundred Dollars In gold coin payable to the bearer on demand.” All things being equal, the amount of “paper” currency could not exceed the amount of gold that it represented.

The Congress shall have Power . . . To coin Money, regulate the Value thereof, and of foreign Coin, and fix the Standard of Weights and Measures” (Article I, Section 8, Clause 5). “No State shall . . . coin Money; emit Bills of Credit; make any Thing but gold and silver Coin a Tender in Payment of Debt” (Article I, Section 10, Clause 1).

The Constitution is a list of what the federal government is authorized to do, with ALL ELSE being DENIED to it by default. The absence of specific constitutional authorization for anything means that the federal government is denied/prohibited by default. Even so, our national government has been at war with the Constitution when it comes to monetary policies. During FDR’s administration, most gold was made illegal to own. Executive Order 6102 required all persons to deliver on or before May 1, 1933, all but a small amount of gold coin, gold bullion, and gold certificates owned by them to the Federal Reserve in exchange for $20.67.

The claim was made that people were hoarding gold and thereby stalling the recovery.

Our government created the problem and then exacerbated it by removing the constitutional impediment to prohibit the national government from devaluing real wealth by the use of inflation (increasing the money supply from nation), a clear violation of the Constitution and the Bible (Isa. 1:22).