My response to an atheist.

First-year philosophy stuff is right. You know as well as I do that there is no single “philosophy.” One of the best explanations of Philosophy I’ve seen is, “A course where you learn why the previous philosopher was wrong.” I had to chuckle when you claimed that the church had been such an inhibitor of science when today we find the scientific community denouncing well-respected and credentialed scientists who doubt the dogma of Global Warming/Climate Change enthusiasts. They have been compared to “Holocaust deniers” and “flat earthers,” a typical and unfounded claim. Climate private jet high-flying hypocrite John Kerry used the flat earth argument to push his climate change agenda. “We should not allow a tiny minority of shoddy scientists and science and extreme ideologues to compete with scientific facts,” Kerry said to Indonesians. “The science is unequivocal, and those who refuse to believe it are simply burying their heads in the sand. We don’t have time for a meeting anywhere of the Flat Earth Society.”

The flat earth myth has been repeatedly debunked. Check out Jeffrey Burton Russell’s book Inventing the Flat Earth: Columbus and Modern Historians. Even the late evolutionist Stephen Jay Gould admitted that Christians were not flat earthers. “Virtually all major Christian scholars affirmed our planet’s roundness. The Venerable Bede referred to the earth as orbis in medio totius mundi positus (an orb placed in the center of the universe).”[1]

I suggest you look at the comments of credentialed scientists regarding climate and the supposed end of the world. The first chapter of Alex Epstein’s The Moral Case for Fossil Fuels is filled with outrageous predictions about the effects of fossil fuels on the environment. Given their predictions, we should all be dead by now. Paul Ehrlich is still a tenured professor. Ehrlich’s best-selling book The Population Bomb (1968) gave England a 50-50 chance of surviving into the 21st century. In 1980, Jimmy Carter released the “Global 2000 Report,” which declared that life on Earth was getting worse in every measurable way. The facts don’t support the claim.

Ehrlich was not alone in adopting a Chicken-Little worldview. In the January 21, 1976, issue of Parade Magazine, an ad appeared that asserted the following: “It’s fact. The latest U.S. Government figures indicate our proven [oil] reserves will only last [12 years.] … These frightening numbers reveal our energy problem.”[2] It wasn’t a “fact” then, and it’s not a fact now as recent discoveries in deep sea drilling in the Gulf of Mexico have shown. Any shortage of oil today is the result of purposeful limiting of supplies by government-controlled cartels, governmental restrictions on new drilling ventures because of environmental concerns, geo-political uncertainties, and technological shortcomings.[3]

Ehrlich’s dire predictions were overshadowed by “a British scientist in the early 1960s [who] calculated that in less than a thousand years, ‘people will be jammed together so tightly that the earth itself will glow orange-red from the heat.’ An article in the July 23, 1962, issue of Newsweek warned that ‘By the year 6000, the solid mass of humanity would be expanding outward into space at the speed of light.’”[4] I doubt that people would be reproducing at this stage of the game. But it’s science!

Ultimately, atheists live off borrowed capital. They pontificate on what they claim is true and right, and yet can’t account for their own existence except by stating “I exist.” They claim to use reason and yet given materialistic assumptions about the nature of reality, there is no way to account for it. Show me empirically that reason exists. Don’t retort, well that’s first-year philosophy stuff. You are looking for empirical evidence to prove God’s existence, so give me empirical evidence that reason as an entity exists. You can’t, and yet you believe in it and use it, but you can’t account for it. That’s the point of this entire debate: Accounting for your claims. Spouting off philosophical platitudes is not an argument.

Atheists never explain how an inert beginning to the cosmos became a cosmos with meaning, rational beings, and moral precepts. Where did the encoding of the DNA come from? What is the origin of information? Dawkins claims that the cosmos only “appears” to be designed. That’s like saying a Corvette only appears to be designed. Something-from-nothing evolution is one of the most irrational worldviews around. It only has credibility because there are scientists who have attached their names and reputations to it.

I hope Dawkins’ The God Delusion isn’t the source for your views. (In a subsequent email, John did refer me to The God Delusion as the source of his views on the science of atheism. For a response, see Douglas Wilson’s book The Deluded Atheist: A Response to Richard Dawkins’ The God Delusion.) Dawkins was handed his hat in a debate that took place between him and a colleague of his at Oxford, scientist and mathematician John Lennox (October 2007). Again, I challenge you to demonstrate what I’ve asked you to demonstrate given naturalistic/materialistic assumptions. I’m not looking for theories and postulates. These are a dime a dozen. I want the hard science behind your claims. I challenge you to demonstrate empirically the following:

Reason as an entity exists.

Morality as an entity exists.

How non-physical information came into being.

How non-physical information organized itself.

How the modern-day evolution model is not another name for spontaneous generation writ large.

Again, I’m not looking for a philosopher’s theory. I want to see empirical science at work the way Galileo Galilei challenged the “science” of Aristotle with experiments. 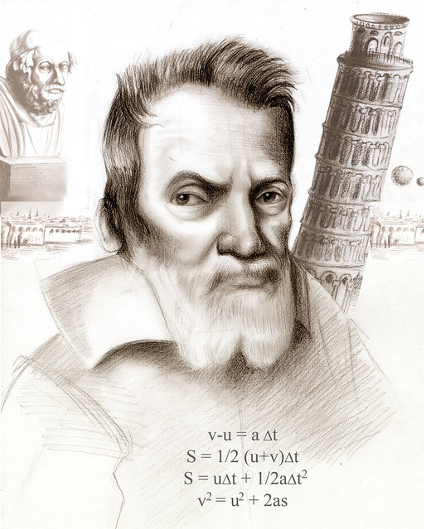 John, like all atheists you are living by faith. But unlike the Christian worldview of faith, your faith cannot account for the world you believe in. Your narrow reading of science tells me that you are not aware that even non-Christians are perplexed by the questions I’ve raised. Loren Eiseley, writing in Darwin’s Century (1958, 1961), has to admit that “the philosophy of experimental science … began its discoveries and made use of its method in the faith, not the knowledge, that it was dealing with a rational universe controlled by a Creator who did not act upon whim nor interfere with the forces He had set in operation…. It is surely one of the curious paradoxes of history that science, which professionally has little to do with faith, owes its origins to an act of faith that the universe can be rationally interpreted, and that science today is sustained by the assumption” (62).

But you’ll say, “But now we know better.” No, we don’t. If you were truly consistent with your atheistic, naturalistic, and materialistic assumptions, you and I could not live together in the world since there would be no justification for the prohibition against killing. Look at a short video clip titled “Cruel Logic” and see if you can do better than the professor tied to his chair.

I’ve heard the claim made that the human mind invented God. This is a curious assertion given that it’s the atheist mind that says there is no God. Which is it? Why is it wrong to accept what the mind once thought and now it’s OK to accept what the mind now thinks? Atheism is a worldview driven by faith in a system of thought supposedly generated by a brain that evolved from a pre-biotic soup of chemicals that randomly emits electrical impulses through its gray matter no different from a build-up of electrical energy and dissipated through a lightning strike. But how can a materialist know that an evolved brain can be trusted to know anything authoritatively or claim that certain behaviors are morally right or wrong given purely materialistic assumptions? Former atheist C.S. Lewis puts it this way:

If the solar system was brought about by an accidental collision, then the appearance of organic life on this planet was also an accident, and the whole evolution of Man was an accident too. If so, then all our thought processes are mere accidents—the accidental by-product of the movement of atoms. And this holds for the materialists’ and astronomers’ as well as for anyone else’s [thought processes]. But if their thoughts—i.e., of Materialism and Astronomy—are merely accidental by-products, why should we believe them to be true? I see no reason for believing that one accident would be able to give correct account of all the other accidents.[5]

How can our conception of reason be trusted to account for anything given its evolutionary origin and its non-physicality? No atheist who claims atheism is scientific has adequately answered this question. In general, atheists assume certain things to be true because they must be true. That’s not good enough. Since science is your god, trot him out for all of us to see. We keep hearing all the things “evolution” has done. I would like to see him, her, or it as well.

An apologetic methodology that claims Christians should be ‘open,’ ‘objective,’ and ‘tolerant’ of all opinions when they defend the Christian faith is like a person who plans to stop a man from committing suicide by taking the hundred-story plunge with him, hoping to convince the lost soul on the way down.