Earlier this month, we told you about the Lynnville-Sully School District denying every request for a religious exemption to its mask mandate that it received.

The school provided redacted documents to The Iowa Standard which show the grounds for the requested religious exemptions from the families that sought them. Shane Ehresman, the district’s superintendent, said the religious exemptions were based on philosophical and personal opposition to face coverings instead of sincerely held religious beliefs.

You can read the requests for religious exemptions below and decide for yourself whether any religious beliefs were being infringed upon:

“Genesis 1:1 reveals that ‘in the beginning, God created the heavens and the earth.’ This world and everything in it are under His sovereign rule. In Gen. 2:7 we learn ‘Then the LORD God formed man of dust from the ground, and breathed into his nostrils the breath of life; and man became a living being.’ Life is directly given from God and the breath of life specifically is bestowed upon humans by their Creator. We believe this breath of life is under the control of God alone.

“Life is His to give and to take. Breath should be used as He created it to be used — and we were not created with a face covering or commanded anywhere in Scripture to restrict our breath with the use of a face covering. Jesus helped us to understand our relationship with governing authorities (Lynnville-Sully is a government school with a new mandate as a result of following the lead of government ‘guidelines,’ which would put the school in line with the realm of authority of governing officials).

“In Luke 20:25, He states ‘render to Caeser the things that are Caesar’s and to God the things that are God’s.’ In light of Genesis and other Scripture, the breath of life is under the realm of God’s authority. IT could only be restricted by governing authorities in light of Romans 13:4, where government is said to bear the sword in order to avenge wrath upon those who practice evil. I would hope that we would all agree that not wearing a face covering is not an evil offense punishable by imprisonment or death. Since it does not fall under the government’s jurisdiction, then it is the person’s gift of the breath of Life from their Creator.

“In addition to this sincere and firmly held belief, we also believe 2 Timothy 1:7 which tell us that God has not given us a spirit of fear or timidity, but of power, love and a sound mind. This encouragement reminds us that even in the face of what was at one point considered an epidemic, we do not need to throw away what we believe about our Creator in order to live in fear. We can use our capable facilities to live wisely in every day and age (Ephesians 5:15-16). The Levitical law would encourage good hand hygiene and sanitation practice. Those are a part of living wisely. Medical treatment or quarantining of the healthy is not part of God’s healthy living guidelines. While not all of the Levitical law is still necessary after Christ’s fulfillment as the final atoning sacrifice, there are still healthy guidelines to live by to be found among the books of the Law. Many more portions of Scripture talk about being honest and never lying (specifically this can be found within the Ten Commandments). In going along with the narrative that a government mask mandate for 3-year olds on up is a safe/healthy/wise decision, we would be giving false testimony to our beliefs since we do not endorse this.”

“I believe it’s wrong to take away someone’s right to breath fresh air. I also believe if a mask were the answer we would have been born with one. I believe if we would turn off the TV we wouldn’t be in the situation we are in. And finally, as a veteran, I don’t believe in taking someone’s freedom from them.”

“I was born and raised with Christian beliefs. God has commanded us to stand up for our faith and beliefs. As part of our religion, God tells us not to hide from troubling times, but do our best to show our faith, so that others may have hope in eternal life. As part of our religion, I know God doesn’t want us to hide behind masks, but have faith that He will protect us. One principal (sic) God has taught us is that we are all created in the image and likeness of God. That image is seen the most by our face. Therefore, it goes against my beliefs as a Christian to wear a mask.”

The other three forms submitted did not include any narrative. 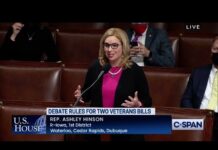