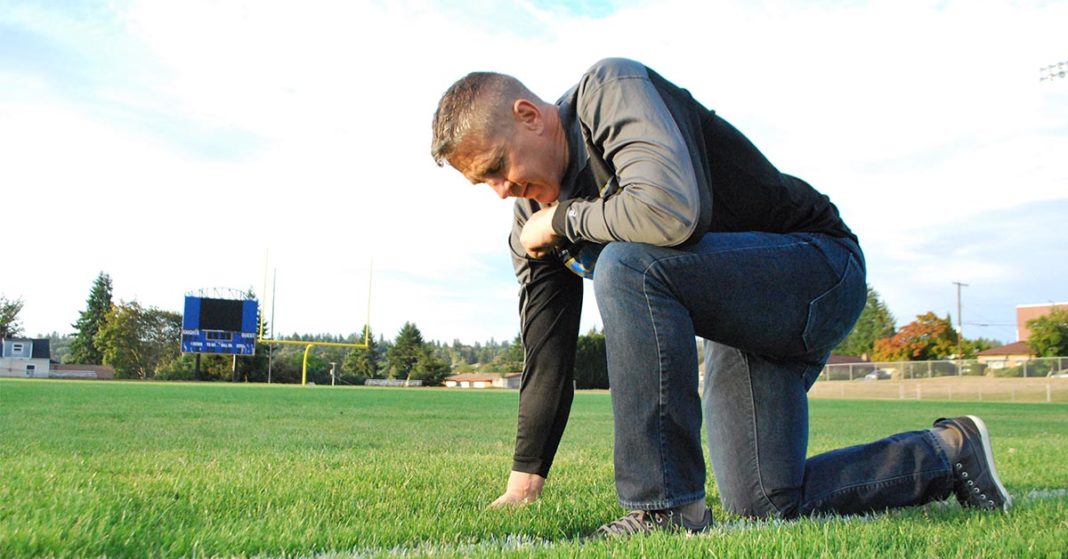 Attorneys for First Liberty Institute and Kirkland & Ellis LLP today filed their initial brief at the Supreme Court of the United States asking the Justices to reverse a lower court decision that allowed a school district to suspend former high school football coach Joe Kennedy because fans and students could see him take a knee in quiet or silent prayer after football games.  Today’s brief argues that respecting the individual rights of teachers and coaches to engage in a brief, personal prayer comports with the U.S. Constitution.

“To threaten every public-school teacher or coach with losing their job for simply expressing their faith while in public is outrageous and a dangerous threat to our constitutional freedoms,” said Kelly Shackelford, President, CEO, and Chief Counsel for First Liberty. “For over six long years, Coach Kennedy has been banned from coaching the game and players he loves.  All we are asking–and all we have ever asked–is for Coach Kennedy to be allowed to pray quietly, by himself at the 50-yard-line at the end of games.”

In its brief, Kennedy’s attorneys state, “In a diverse Nation founded on principles of religious liberty, the government can expect that some teachers, coaches, and students will be religious people with a felt need (and constitutional right) to engage in private religious expression.  The sensible and constitutional path for government officials is one of tolerance for private religious expression.  If the government follows a different path and insists that the only acceptable role models are those without discernible religious beliefs, then it should expect a pugilistic response.  The founders fought for religious liberty and protected it as a fundamental right.  It remains a liberty worth fighting for.”

Americans United for Separation of Church and State represent the Bremerton School District.