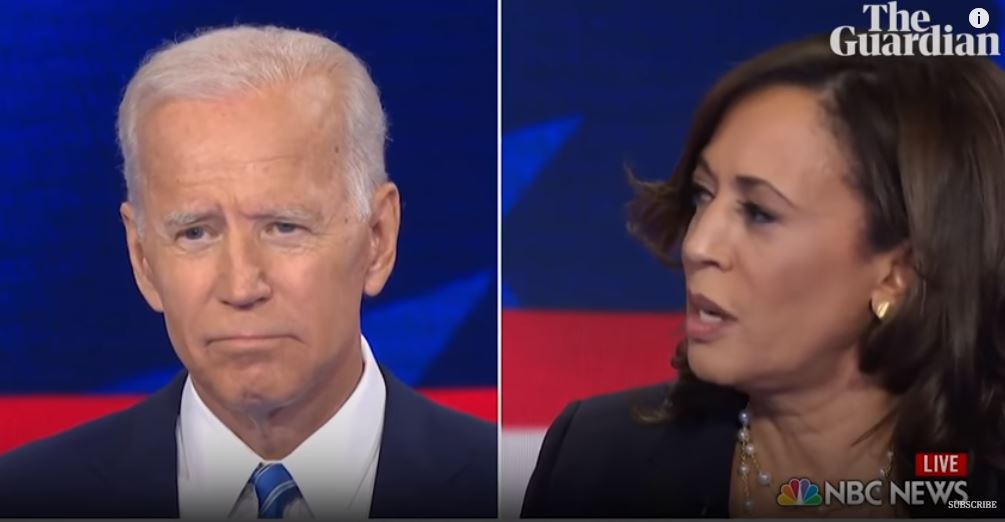 President Joe Biden and Vice President Kamala Harris repeated numerous falsehoods about the election process and the filibuster Tuesday while pushing their anti-voter agenda in Georgia. These comments come as Senate Majority Leader Chuck Schumer prepares to cast aside decades of Senate precedent and force changes to the filibuster in order to pass two unpopular and dangerous election bills, both of which failed to gain majority support in the Senate last year.

Both bills would overturn state election laws that are critical to securing our elections, outlawing basic safeguards such as voter ID requirements while enabling practices like mass ballot trafficking. These bills would make it easier to cheat in U.S. elections and undermine confidence in the electoral process. Hans von Spakovsky and Tom Jipping, both senior legal fellows in Heritage’s Edwin Meese III Center for Legal and Judicial Studies, fact-checked Biden and Harris’ remarks:

Claim No. 1: Republicans want to make it difficult for millions of Americans to vote.

Quote: “Across our nation anti-voter laws could make it more difficult for as many as 55 million Americans to vote. That is one out of six people in our country.” —Kamala Harris

“Election reforms passed in states like Georgia and Texas have made it easier to vote and harder to cheat. They protect voters by helping guarantee the integrity and security of the election process. Reforms such as voter ID do not suppress anyone’s vote, as shown by publicly available turnout data, and such reforms are overwhelmingly supported by voters, regardless of race or party. The claim that these reforms will prevent 55 million Americans from voting is an absurd claim that has no basis in fact whatsoever. There is not one scintilla of evidence to support such an irrational claim.” —Hans von Spakovsky

Claim No. 2: Giving voters food and water while waiting to vote is illegal.

Quote: “[Georgia’s law] makes it illegal to bring your neighbors, your fellow voters, food or water while they wait in line to vote.” —Joe Biden

“Like most other states, Georgia prohibits electioneering within 150 feet of a polling place or within 25 feet of any voters waiting in line to vote. The new law simply added that within such distances, no one can ‘give, offer to give, or participate in the giving of any money or gift, including, but not limited to, food and drink, to any elector.’ In other words, a candidate, his supporters, or an activist group can’t show up at a polling place with a truckload of Happy Meals and start handing them out to voters standing in line.

“The clear intent here is to prevent operatives from any party from unduly influencing voters with money or gifts, including food and drink. The idea that Georgia is somehow doing something different by preventing gift-giving at the polls is, to put it mildly, bizarre—especially considering that this is a standard practice (as it should be) in most other states, including New York and New Jersey. Voters can bring their own food and water; elections officials can provide water to voters; and food and other refreshments can be provided by anyone outside the prohibited area close to a polling location.”—Hans von Spakovsky

Claim No. 3: Mass mail-in voting mail is safe and secure.

Quote: “To [Georgia Republicans], too many people voting in a democracy is a problem. So they’re putting up obstacles. For example, voting by mail is a safe and convenient way to get more people to vote.” —Joe Biden

“Mail balloting is certainly needed for those who cannot vote in person because they are disabled or otherwise absent on Election Day. However, voting by mail is more insecure than any other form of voting since ballots are being cast outside the supervision of election officials and outside the observation of poll observers. Voters have numerous ways of returning those ballots through the mail, by personal delivery, and now by secured drop boxes in Georgia. Yet Biden is supporting a bill, S. 1, which would force states to allow paid political operatives, candidates, campaign staffers, and other third-party strangers to pick up and handle voters’ absentee ballots, putting them in a position to coerce and pressure voters and to alter, change, or fail to deliver their ballots. That is an actual ‘attack on democracy,’ not the Georgia election reforms.” —Hans von Spakovsky

Claim No. 4: The Freedom to Vote Act will get politics out of the election process.

Quote: “The Freedom to Vote Act takes on election subversion; to protect nonpartisan electors, officials who are doing their job, from intimidation and interference. It will get dark money out of politics, create fair, district maps and ending partisan gerrymandering.”—Joe Biden

“This is the complete opposite of the truth about the Freedom to Vote Act, which would have the federal government—and the party in power—take over running elections from the states and implement reckless, dangerous policies that would make it easy to cheat and manipulate election results.” —Hans von Spakovsky

Quote: “The vice president and I have supported voting rights bills since day one of this administration, but each and every time Senate Republicans have blocked the way. Republicans opposed even debating the issue.” —Joe Biden

“Democrats want to, as Senate Rule 22 says, ‘invoke cloture,’ which literally means to stop debate. They fear that debating this unconstitutional legislation will reveal what it is—a federal power grab. Majority Leader Chuck Schumer said in 2005, when some Republicans were talking about getting rid of extended debate, that it ‘often makes better legislation.’ Democrats don’t want better legislation, they want their own legislation without any input, consensus, or compromise.

“And it won’t be limited to a couple of voting bills. When he was a senator, Biden said in that 2005 debate that taking this step will mean that any ‘temporary majority’ will change whatever rules seem inconvenient to get what they want. This will ‘eviscerate’ the Senate and, Schumer said, turn it into a ‘legislative wasteland.’” —Tom Jipping