Dan Le Batard used to be a commentator for ESPN. Now he is just another left-wing radical “journalist” who suffers from Trump Derangement Syndrom.

Le Batard joined ESPN’s Kenny Mayne late last week for a podcast and declared that Trump ruined journalism and democracy. Here is what he said:

I have been sad for 20 years about how little people care about the work and vetting that has to go into journalism so there can be checks and balances on protecting democracy. And never more so than to have this orange, racist turd without a subtlety in his body be able to just crush my industry with ‘fake news! fake news!’ as I see propaganda takeover and misinformation all over the internet.

Le Batard said he would not advice people to become journalists.

“It’s a great career choice ethically and morally; it’s important,” Le Batard said. “But as we head into a journalism, where the politicians are so shame-immune that no amount of reported corruption ends up making a dent in actually solving injustices, and the corruptions win all over the place. I’m not hopeless, as I see journalism falling apart where only a couple of the newspapers have the wherewithal and resources to actually fight back on things. How can I advise anybody to choose that as a career path when it feels so unsafe? You can choose it with your heart. It’s just not something I would advise with my head.” 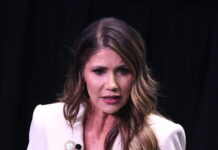