A book called “Flamer” is available at Northwest High School. This book, like “Gender Queer,” is a “graphic novel.”

The story follows a character who is at camp between middle school and high school. Here is a scene from the book:

The character is looking for Elias at camp. Elias, though, is in a tent with a couple of other campers. They tell the character they’re “takin’ care of business.”

When he asks if he can enter the tent, they tell him he is too young.

“Fine, but you’ll have to prove it,” Elias says. 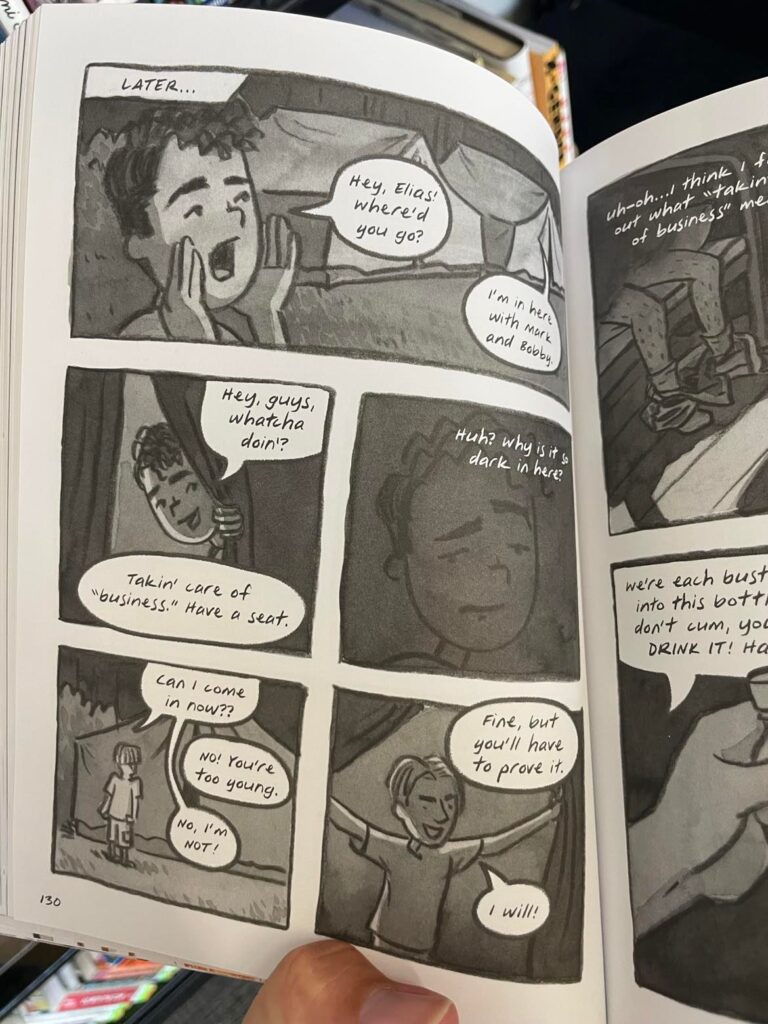 After entering the tent, the character realizes what “takin’ care of business” means. “It was exciting to see boobs and butts. But this time, it was different. I could see…everything. People were doing things that I didn’t even know were possible, or even…allowed? “Eventually, I stumbled upon… a surprise sensation. Back at camp, the character left the tent and returned to his own. He admits it was gross and wrong, but notes he feels so excited.