By Dr. Alan Moy — Despite what our public health authorities assert, the efficacy of Operation Warp Speed COVID-19 vaccines is inferior to that of natural immunity. Yet, the COVID-19 vaccines approved under the FDA’s emergency use authorization are the subject of mandates and unprecedented measures of coercion. These efforts are medically futile, and possibly illegal. Here’s why.

Editor’s note: This article is the first in a three-part series in which Dr. Moy discusses the medical and ethical dangers of COVID-19 vaccine mandates and passports, as well as legal implications for employers and educational institutions that force or coerce vaccination. Dr. Moy writes from a Catholic perspective, but his insights transcend across Protestant and evangelical churches as well.

Part 1: A primer on vaccine science

Since the outbreak of COVID-19, our country has faced unprecedented—and unnecessary—suffering because of misinformation, deceit, and censorship foisted on Americans by public health authorities, media, government, private and public institutions, as well as the Catholic Church.

Many countries like the United States have been subjected to unnecessary lockdowns, economic and medical calamities, and restrictions on civil and religious liberties. This loss of freedom is currently represented by a growing number of schools and hospitals pushing vaccine mandates with a “medicine” that not only comes with efficacy and safety concerns, but that has been developed with morally tainted cell lines derived from aborted babies. What is most reprehensible is that these vaccine mandates are being imposed on employees working in Catholic hospital systems and students who are attending Catholic schools, schools that claim to have a Catholic worldview.

What makes the situation even more shameful is the level of silence from the Vatican and the USCCB towards Catholics who refuse this vaccine on religious grounds, despite the fact that a recent Congregation for the Doctrine of the Faith document clearly states that the vaccine should be voluntary. These vaccine mandates are driven by fear, ignorance, and deception. COVID-19 vaccine recommendations are purported to be based on guidelines from the Centers for Disease Control and Prevention (CDC), the National Institutes of Health (NIH), and the World Health Organization (WHO) to contain the spread of the virus. Yet, COVID-19 vaccines approved by emergency use authorization (EUA) represent a medically futile, and possibly illegal, public health measure.

A virology primer for the layman 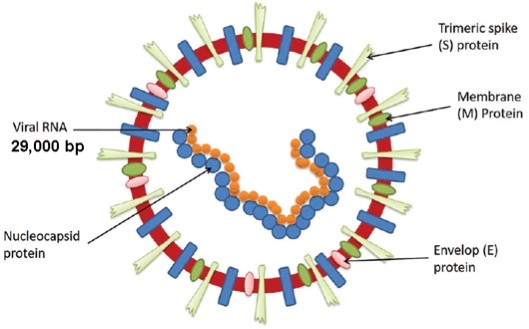 There are two traditional vaccine approaches to protecting against viral infections:

For example, children who recovered from chickenpox prior to the availability of a vaccine acquired T-cell immunity—the highest level of immunity. This T-cell immunity prevented re-infection.

Similarly, individuals who recover from COVID-19 likely not only possess all three forms of immunity, but they benefit from redundant immunity because of exposure to all four viral antigens.

In other words, natural immunity likely provides the most effective firewall against viral transmission and re-infection.

Since the Wuhan strain emerged in late 2019, hundreds of new strains or variants have emerged around the world (e.g., in the United Kingdom, South Africa, Brazil, India, and Peru). Some of these variants have greater transmissibility than the original Wuhan strain, but they do not necessarily produce greater mortality. COVID-19 has many variants because RNA viruses are very unstable and rapidly mutate. Many mutations are clinically irrelevant, while other mutations can pose unique biological features that make variants more resistant to antiviral therapies.

I and colleagues compared the genetic sequence of these variants and observed that the major genetic differences can be attributed to genetic mutations in the S-protein, or spike protein—the very target of the currently available COVID-19 vaccines.

The spike protein is prone to mutation because it is under pressure to adapt in response to its interaction with the angiotensin-converting enzyme-2 (ACE-2) receptor, where the SARS-CoV-2 infection initiates. In contrast, there is relatively more genetic stability in the other non-spike viral antigens.

As a result, those that achieve natural immunity are better positioned to resist reinfection from variants, because they have achieved redundant respiratory mucosal, T-cell, and humoral immunity to all four COVID-19 viral antigens.

Despite what our public health authorities assert, the efficacy of Operation Warp Speed vaccines is inferior to that of natural immunity.

Operation Warp Speed supported eight vaccine candidates from pharmaceutical companies in a rush to deliver an experimental vaccine issued under the EUA. All eight used a subunit vaccine approach, which is a non-traditional vaccine approach for respiratory viral infections in which a fragment of the virus (in this case, the spike protein) is administered so the body elicits a neutralizing antibody to the spike protein. Neutralizing antibodies to the spike protein prevent the virus from binding to the ACE-2 receptor and, thus, prevent the infection.

Six of the vaccine candidates—including the offerings of Moderna, Pfizer and Johnson & Johnson—rely on unprecedented gene therapies. Operation Warp Speed chose only subunit approaches because they were the fastest route to large-scale manufacturing using off-the-shelf technologies, thereby enabling these vaccines to quickly enter clinical trials.

Unfortunately, the Department of Health and Human Services did not support traditional attenuated live vaccine development because many in leadership believed that the development process would take too long. This decision proved shortsighted and remains a major reason why we still do not have, to this day, an adequate biodefense against novel coronaviruses (whether natural or manmade).

However, as noted, RNA viruses are very unstable, and it is impractical and medically futile to protect a global population with a subunit vaccine when the spike protein can change. We are presently witnessing how current vaccines that are based on the Wuhan spike protein sequence are less effective against the South African and Indian (Delta) variant, because the spike protein has significantly mutated. In fact, subunit vaccines could theoretically increase the risk of accelerating variant formation by increasing the biological pressure on the virus to create new variants that will be resistant to the vaccine.

As of early May, 2021, there were nearly 10,000 reports of breakthrough cases in vaccinated individuals, and the likelihood exists that there will be new breakthrough cases in the months ahead as new variants emerge. Additionally, the CDC is not even keeping track of all breakthrough cases. In Israel, which has the highest vaccination rate using the Pfizer mRNA vaccine, most new cases are caused by the Delta variant.