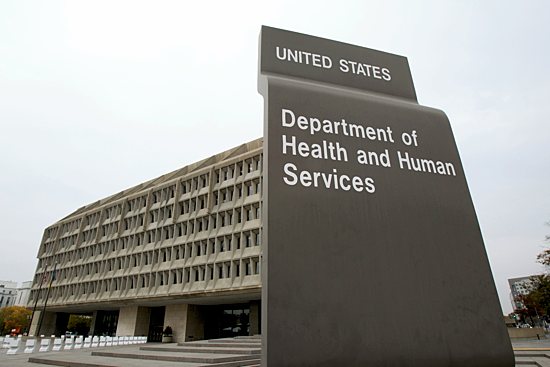 A year after Health and Human Services (HHS) Secretary Xavier Becerra denied in a congressional hearing the Biden administration’s plan to open a North Carolina facility for illegal immigrant minors, it is happening. The federal government is leasing a vacant international boarding school, American Hebrew Academy, in Greensboro for five years to accommodate the influx of migrants, which are classified as Unaccompanied Alien Children (UAC) by the government though most are adolescents and young adults. Uncle Sam will provide them with schooling, mental and medical care, legal services and recreational activities at the 100-acre campus with 31 buildings, 35 resident staff apartments, an $18 million athletic field and a 22-acre lake, according to a local news report. Besides leasing the facility, the government will also hire a staff of 800 to run the migrant camp. The American Hebrew Academy has deep Chinese connections, according to records uncovered by Judicial Watch. Its president, vice president and treasurer are Ni Zhang, Shong Gao, and Wei Yang. A few months after closing in the fall of 2019, the school took out a $26 million mortgage from Puxin, a Chinese education company. It planned to open under a new name, but never did. The money HHS is paying in rent will likely be used to pay back the Chinese company.

HHS is charged with caring for illegal aliens under the age of 18 and the agency is overwhelmed by an onslaught of mostly Central Americans that have crossed the southern border in the last few years. Through its Office of Refugee Resettlement (ORR) HHS funds and oversees dozens of state-licensed care facilities to house the young migrants when they arrive in the U.S. and it simply is not enough. In fiscal year 2021 ORR housed an unprecedented 122,731 UAC, according to government figures, and this year’s budget is a whopping $8.76 billion. As of the end of April, 8,645 UAC were in HHS care and the agency projects that in 2022 it will accommodate approximately 149,000 UAC and between 500 to 600 daily for the remainder of the fiscal year. Under this projection, ORR could need up to 19,000 beds by the end of the fiscal year, the agency predicts, and it will use standard and temporary facilities. Last year the overwhelming majority of UAC in U.S. custody, approximately 72%, were over 14 years of age and 66% were male. Nearly half (47%) came from Guatemala, 32% from Honduras, 13% from El Salvador and 8% from other countries.

North Carolina legislators are outraged the feds are opening a UAC shelter in their state, especially after Becerra testified otherwise in a hearing before federal lawmakers. This month members of North Carolina’s congressional delegation fired off a letter to Becerra and ORR Director Andrea Chapman reminding that the HHS secretary denied UAC would be resettled in the state during a May 2021 House Committee on Energy and Commerce hearing. “The decision to now resettle UAC in Greensboro directly contradicts what you said previously and comes as a complete surprise to us and our constituencies,” the lawmakers write, revealing that the illegal immigrants will begin arriving in Greensboro this week. “This quick turnaround leaves many of our local leaders in our communities and state struggling to make necessary preparations to ensure the safety of those impacted.” The federal lawmakers blast the failures of the Biden administration to secure the southern border and claim every state is suffering from the impacts of the “Biden border crisis.” They also demand answers from the administration, including what measures are being taken to ensure the transitional campus does not pose a danger to the community, the cost of housing UAC in North Carolina and plans to prevent overcrowding, violence, and disease outbreaks.

Last fall UAC shelters were rife with COVID-19 with one Texas county reporting a startling 107% increase in cases among underage migrant facilities within its boundaries. At the time the U.S. was caring for 14,319 UAC and shelters across the nation were severely overcrowded. Government whistleblowers exposed “widespread” COVID-19 infections at major shelters housing illegal immigrant youths and the Texas Health and Humans Services Department revealed that 37 of the state’s 44 facilities reported COVID-19 infections among migrants. This included camps at Fort Bliss in El Paso and all the shelters in Texas’s Cameron County near the Mexican border, where COVID-19 infections rose 107% in less than a week. Health issues were already a serious concern at the illegal immigrant camps long before COVID-19, when the Obama administration allowed tens of thousands of UAC to enter the U.S. Back in 2014, Judicial Watch reported that the hordes of illegal immigrant minors brought in serious diseases, including swine flu, dengue fever and possibly Ebola. At the time, a congressman who is also a medical doctor, alerted the Centers for Disease Control and Prevention (CDC) that the UAC were importing infectious diseases considered to be largely eradicated in this country.