Home Elections Nunn campaign claims Axne is covering up her own corruption with ‘false... On Tuesday, the Zach Nunn campaign for Congress released the following statement in response to Axne’s continual and false attacks:

“It’s becoming clearer by the day that Cindy Axne is worried about losing her seat and Pelosi is worried about losing a 100% ally for Biden’s liberal agenda. Axne is spending millions in out-of-state money with continual negative attack ads. Polling shows Zach is running neck-and-neck with Axne. Axne is playing defense, still reeling from her investigation for illegal insider stock trading and hiding $645,000 from the government and Iowans. She’s called Iowa Christians “crazy,” lied to Iowans about taking PAC money, and now is spending her 68% out-of-state money on attacks to cover her own record of failure in Congress” -Josh Treat, campaign manager

Former Iowa Governor and Ambassador Terry Branstad has come to Zach Nun’s aid, calling for Axne to apologize for lying to Iowans. 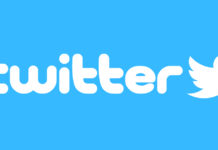