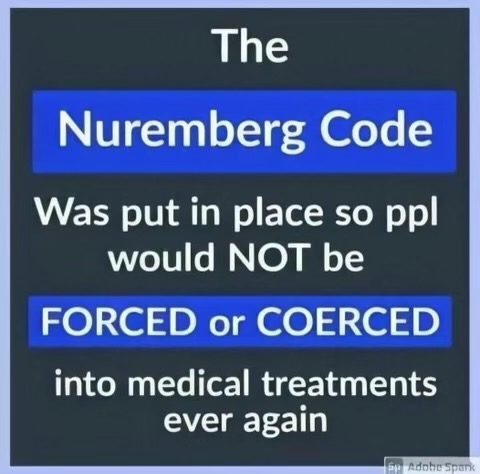 EMPLOYERS HAVE NO RATIONALE FOR  EXPELLING CUSTOMERS, NOR FOR FIRING OR REFUSING TO HIRE EMPLOYEES, IN EITHER CIRCUMSTANCE .  (This statist view is a wildly incongruent stance, just like that of the abortifacient pill bill that was tried earlier, arguing that abortifacient pills would cut down on abortion.)

It appears some representatives want to allow businesses to force consumers publicly to have to display their Covid vaccination status. This is a short step away from displaying other private health considerations publicly. This would be gravely unconstitutional, and reflects the exact fascist tactics that Democrats accuse Republicans of all the time.

These particular representatives of a certain kind seem to be perfectly okay with consumers wearing a badge stating their vaccination list—but then why stop at Covid? Indeed, why stop at vaccines? Why not just wear your medical record for all to see as a consumer, but then at least get to cover it up when you get to work as employee? HIV, STDs, tuberculosis, hepatitis, pneumonia, influenza A-B, “common cold” coronavirus, pertussis, Pacemaker, birth control, depression, etc? (Some, not all of these even are transmissible.)

Would representatives such as these like to have consumers publicly display their gun ownership or union or masonic status—why stop at publicly disclosing healthcare data?

But it’s OK, they say—a “bold” statement at the end of an article saying one doesn’t think employers should be able to enforce experimental non-approved vaccine compliance against employees is somehow a distinction with a difference. Really?

It is asinine to argue that customers could be mandated to reveal their vaccine status, but that somehow employees wouldn’t also be forced to do so. This type of authoritarian and economically fascist (big business colluding with government) torrent of illogic is anti-American and violates the Constitution.

I use the pejorative term economic fascism because that’s precisely where we have arrived. Characteristics of (economic) fascism, as outlined by Llewelyn H.  Rockwell, Jr. for the Mises Institute, include: “a) the government in this pandemic acknowledges no restraint on its powers; b) the government administers our economic system with an immense bureaucracy; c) producers are organized into cartels in the way of syndicalism; d) economic planning is based on the principle of autarky; and e) government sustains economic life through spending and borrowing.”

Unfortunately, employers in Iowa and bordering areas now are moving to enforce mandatory mRNA compliance as a pre-condition to continued employment without penalty. At the federal level, EEOC is denying the established right to a vaccine exemption in conjunction with the ADA, adding a statist Biden Regime outrageous interpretive gloss on administrative law.

Americans have a right not to be discriminated against—based on private health data, gun ownership, union membership, and many other constitutionally protected rights. But it’s okay, assert certain representatives of a certain type, because they argue, ERRONEOUSLY, that a business can discriminate against its consumers, but just not against the employees. In reality, there is no moral argument for discrimination against either group.

The economic neo-fascists have twisted themselves and their arguments into contortions of proverbial pretzels. Consumers AND EMPLOYEES (the latter of which counts 1.6 million in the Iowa workforce today) alike are entitled to their rights of both equal protection and due process under Constitutional Law. Fascist economic government-corporatist collusion be damned.

The Fourteenth Amendment blocks these contemplated miscreant state actions, as does the First (both the association and assembly clauses both), Fourth, Fifth, and Tenth Amendments in the Bill of Rights—often under a “strict scrutiny” level of judicial review, or at the very least, a higher intermediary standard surpassing mere “rational basis.”

Finally, a strong constitutional argument can be made that private employers are precluded from making Covid mRNA compliance a condition of ongoing or future employment, based upon appropriate nexus applications of federal ADA/EEOC (disability exception), Title VII of the Civil Rights Act of 1964 (religious exception), and exceptions under LII Title 21 U.S.C. Chapter 9, Subchapter V, Part E, Section 360 bbb-(3)(e) (1) (A) (ii) (III)—concerning non-FDA-approved therapies under Emergency Use Authorizations—the precise situation currently at hand.

However, interpretive ambiguities and nuances mandate statutory codification in State Law. (Postscript: A proper analysis of HIPAA ‘96 violations that would occur concomitantly would necessitate an entirely separate and additional column!)

Private businesses always have been regulatable under the “Interstate Commerce Clause” found in Article I, Section 8, Clause 3, of the U. S. Constitution (see Civil Rights Acts, including Title II [1964] in federal statutes for examples).

Thus, employee rights as against private business employers can be upheld legislatively by Congressional authority!”