Home Uncategorized Retiring Nancy Pelosi: The Conservative Game Plan for 2022 and Beyond

Join us in a conversation with Rep. Andy Biggs (R-AZ).

Nancy Pelosi (D-CA) has announced her bid for re-election and continued reign as Speaker of the House, but congressional conservatives have other ideas, such as seating a Republican Speaker after the November election.

What is the game plan for 2022 as Democrats still rule the House and the Senate remains equally divided?

Can conservatives throw a wrench into the Democrats’ radical agenda until a likely power change in Congress comes in November?

What are conservatives doing right now to hold both parties accountable to the American people during Joe Biden’s disastrous incumbency?

“The answer is simple: We are for freedom, for family, for security, and for prosperity.

“The four years of the Trump presidency provide just a small taste of the freedom and opportunity Republicans aim to provide to the American people. We passed historic tax legislation that provided tax relief to the middle-class families and the job creators who drive our economy. We made the United States energy independent and an exporter of oil and natural gas, creating even more jobs and lowering the cost of energy for American families. We secured the southern border, restoring our nation’s sovereignty and protecting the lower-earning individuals most negatively impacted by illegal immigration. We used our core strength to regain the worldwide respect we deserve as a nation. And we negotiated the long-overdue withdrawal from Afghanistan that should have allowed our troops to peacefully return home.

“The real question is, what are Biden and the Democrats for? What have they done for everyday Americans that has made their lives better?

“That answer is also simple: Nothing.

“Democrats are on a warpath to dismantle every America First policy that has bolstered our economy, our security, and our livelihoods. They restricted our energy production, leaving us begging for energy from foreign nations and doubling gas prices in the last year. They defunded and demonized police, allowing crime to skyrocket across the country. They spent trillions of dollars and drove inflation to a 40-year high, effectively reducing the wages and savings of every American. And they rolled out the red carpet for illegal aliens, who are now invading our nation at historic levels.

“President Biden said, ‘One thing I haven’t been able to do so far is get my Republican friends to get in the game of making things better in this country.’ Well, I think we’re playing a different game.

“When Republicans take back the House in November, we will fight to free Americans from the strains of government. We will restore parents’ control over their children’s education. We will end the unconstitutional mandate of ineffective vaccines. We will again secure our southern border. We will restore integrity in our election system. And we will cut back the regulatory red tape to allow our economy to flourish. Each of these things will allow every American to pursue their own dreams and create their opportunities.

“Bottom line: Republicans are for the life, liberty, and pursuit of happiness for ALL Americans.”

Congressman Andy Biggs is an Arizona native and currently serving his third term in the U.S. House of Representatives, representing Arizona’s Fifth District. He lives in Gilbert with his wife of 40 years, Cindy. They have six children and seven grandchildren.

Congressman Biggs received his bachelor’s degree in Asian Studies from Brigham Young University; his M.A. in Political Science from Arizona State University; and his J.D. degree from the University of Arizona. He is a retired attorney who has been licensed to practice law in Arizona, Washington, and New Mexico.

Before being elected to Congress, Rep. Biggs served in the Arizona Legislature for 14 years – the last four as the Arizona Senate President.

The Arizona Republic named Rep. Biggs as one of its “10 Arizona people you’ll want to watch in 2019,” arguing that “Biggs makes the public case for the conservative position and often in defense of the Trump administration. He’s very good at it. His advocacy tends to be well-reasoned and persuasive, not inflammatory…To keep an eye on what congressional conservatives are thinking and advocating, Biggs is increasingly one to watch.” 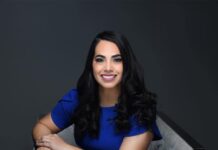