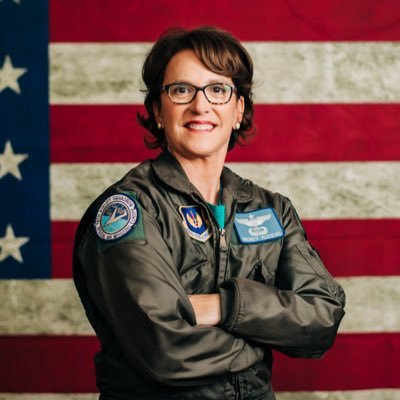 I promised after the 2020 election that I would clean up the elections in Arizona. As an elected official, I have the power to right this wrong and prevent it from happening again.

I’m here to tell you, I am fulfilling my promises.

I’m the rare elected official who is all about action! If you like my actions and want to see more of them, I need your help!

The Arizona state Senate Government Committee on Monday passed seven bills dealing with combating voter fraud. One of the biggest priorities in the Arizona Legislature this year is election integrity, due to concerns about fraud in the 2020 Arizona presidential election.

SB 1012, sponsored by State Sen. Kelly Townsend (R-Apache Junction), who chairs the committee, directs the Arizona Legislature to choose an expert to provide a report on voter registration list maintenance, to ensure the regular purging of invalid voters.

SB 1013, also sponsored by Townsend, directs the Arizona Secretary of State to submit a request to the U.S. Election Assistance Commission requesting that Arizona’s proof-of-citizenship requirement be placed on the state’s federal voter registration forms.

SB 1120, sponsored by State Sen. Sonny Borelli (R-Lake Havasu), along with 14 co-sponsors, requires ballots to contain 19 anti-fraud measures, including tracking by individual voter code number. During the hearing, Borelli stated, “Any illegal ballot that gets injected into the system suppresses a legal vote.”

SB 1119, another bill sponsored by Borelli, which has five co-sponsors, makes ballot images public records. Former Democratic Maricopa County Recorder Adrian Fontes supports the bill. One member of the public who requested to speak expressed concern that there was no way to determine after voting whether their vote was tabulated correctly. While some of the county recorders provide proof afterward that a voter’s ballot was received and counted, they do not reveal how the person voted.

SB 1133, sponsored by Sen. Wendy Rogers (R-Flagstaff), bans mail-in ballots by cities, towns and school districts. According to election fraud experts, the vast majority of ballot fraud takes place with mail-in ballots. Many jurisdictions are moving to 100% mail-in-ballots, prompting former Phoenix mayoral candidate Merissa Hamilton to state during the hearing, “Not being able to vote in person is voter suppression.”

SB 1008, sponsored by State Sen. Michelle Ugenti-Rita (R-Scottsdale), changes the threshold that triggers an automatic recount, from a margin of 0.1 percentage points to 0.5 points.

There you go. Voter ID, ending mail-in ballots, cleaning up voter rolls, and many more. This is how you prevent fraud.

I’m over here, along with my intrepid colleagues in the Arizona Senate, trying to show what patriots can do to fix the problems in our elections.

We saw what the issues were and we are taking care of them.

I want to bring this approach to all 50 states. Let’s join patriots all over the country and let’s get this done!

Results. That’s the name of the game.

I am still active in all swing 2020 states encouraging and training allies to do what we are doing here in Arizona.

Buffoon Biden is messing everything up because of the stolen election. It’s why we can’t let it happen again. Help me fight for the truth and decertify 2020!