School choice will be the biggest issue of the session and the controversy has started. Governor Reynolds’s Students First Act is the result of four years of research and smaller efforts to focus school choice on small segments of Iowa’s student population. Each effort came up short in votes in the House, but research continued to grow across the country, showing that allowing parents and students to choose the education best for them provided better outcomes for students at both public and private schools.

The basics of the bill are this: the State of Iowa provides about $7,600 out of an average of $17,031 spent by public schools per student. The Students First Act would have a three year phase-in to make the state portion of per student spending available to parents who apply for an Educational Scholarship Account (ESA). This account would be held by the state treasurer in the student’s name and under the control of the Iowa Dept. of Education. This money would not be taken from any public school, but is a new expense.

The bill also reduces school spending regulations that allow public schools to use current funds more flexibly, such as pay increases for successful teachers or to offer higher salaries for specialized positions to attract talent. Also, when we bring these new students into the current school funding formula, our local schools will enjoy an additional $1,200 per child for those who live in the district but didn’t attend public school.

Those are the basics. Let’s look at the controversy.

One of the earliest arguments was that public dollars should not be allowed to go to private organizations. It turns out that education is almost the only public entity where this is the case.  Medicaid and Medicare go to non-government providers daily. Welfare benefits go to private sector grocery stores, schools themselves pay their electric, propane, and diesel fuel bills to private sector businesses. It is important we recognize that Iowa taxpayers are funding a student’s education, not a public system that exists apart from its mission of education Iowa children.

One disappointing misstatement that has gone out by email from a large public sector union is that the teachers, administrators, and private schools themselves don’t meet standards and are unqualified to receive your dollars to teach Iowa children. This claim is completely false. ESAs are only available to parents who apply and choose accredited nonpublic schools. The accreditation may be from our own Iowa Dept. of Ed or one of the independent accrediting agencies approved by the Dept. of Ed. I have heard from a few retired public school teachers who have children who followed in their footsteps but who chose to teach in a private, accredited school. Their anger and disappointment in seeing the union emails discredit their children who hold the same degrees and certifications is hard to hear. Your tax dollars will go only to schools who meet and maybe exceed the public school standards.

Many have mentioned that public schools have to accept every child, while private schools do not.  This is true, as that is the very definition of public. It is available to all. That is why they will continue to receive over seventeen thousand dollars per student while private school parents will have access to $7,600. Private schools already have access to the public Area Education Agencies for specialized support of students with special needs, and will be expected to take applicants who will need extra attention.

Accusations have arisen that this is just a way for taxpayers to fund the rich families’ education. That claim is the opposite of the Students First Act. This bill allows those without the means to pay for private school to access a different educational environment. Not every child happens to thrive in the school district they happen to live. It is wrong to dismiss the pain and anguish of parents who see their child fall behind their peers, or be bullied, only to be told, “You can go anywhere else you want. Just pay for it yourself!” Iowa’s Constitution requires the legislature to pay for the education of Iowa children. The parent should be the one who decides where that happens.

In any political debate, language is important. This is why you hear the opponents refer to the scholarships as vouchers. Vouchers are not permitted under the Iowa Constitution and would be a reason to overturn this bill. It is a legal strategy pushed by public union bosses to protect their monopoly over tax dollars and your children’s minds. Education Scholarship Accounts are payments to parents to be used for their child’s education, and the parent chooses which school and with which values the child will be taught.

It is unfortunate, but the argument over the Students First Act has become about protecting current monopolies and vilifying alternative ideas and methods. In America, freedom is always the correct answer. I am proud to support the results of four years of research and development of parental choice.  It will be proven to be the best way forward for Iowa’s future

State Sen. Jason Schultz served three terms in the House prior to being elected to the Iowa Senate. Schultz served seven years in the National Guard and served as volunteer fire fighter for the Schleswig Volunteer FD for 13 years, two years as the department's chief. 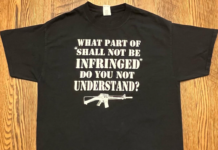