Democrat State Sen. Sarah Trone Garriott is also listed as a “minister.” We reached out to her asking if she believes books like “Gender Queer” and “Flamer” are appropriate for public school libraries.

Trone Garriott has not responded.

It is safe to imagine, though, that Trone Garriott has no problem with a book Google flags as adult sexual content and Facebook says violates its community standards on sexual activity. Amazon also states on its website the book is for individuals 18 and older.

The ‘Sinister Minister,’ Trone Garriott, said teachers are not the enemy — they’re our friends, neighbors and community leaders.

“These culture wars promoted by Gov. Reynolds and Jake Chapman are hurting Iowans and have to stop,” said the ‘Sinister Minister.’

The ‘Sinister Minister’ is making the continued legal killing of unborn babies a bedrock issue in her campaign, warning on Twitter that if Chapman is re-elected he’ll support pro-life legislation.

The ‘Sinister Minister’ also voted against protecting women’s sports. Trone Garriott instead is totally OK with biological boys competing against females, taking their spots, winning their trophies and stealing their scholarships.

There is no way for a “minister” to defend having pornographic materials in public school libraries. But that’s what Trone Garriott has done.

READER WARNING — THE FOLLOWING ARE IMAGES IN BOOKS TRONE GARRIOTT SUPPORTS BEING IN PUBLIC SCHOOL LIBRARIES: 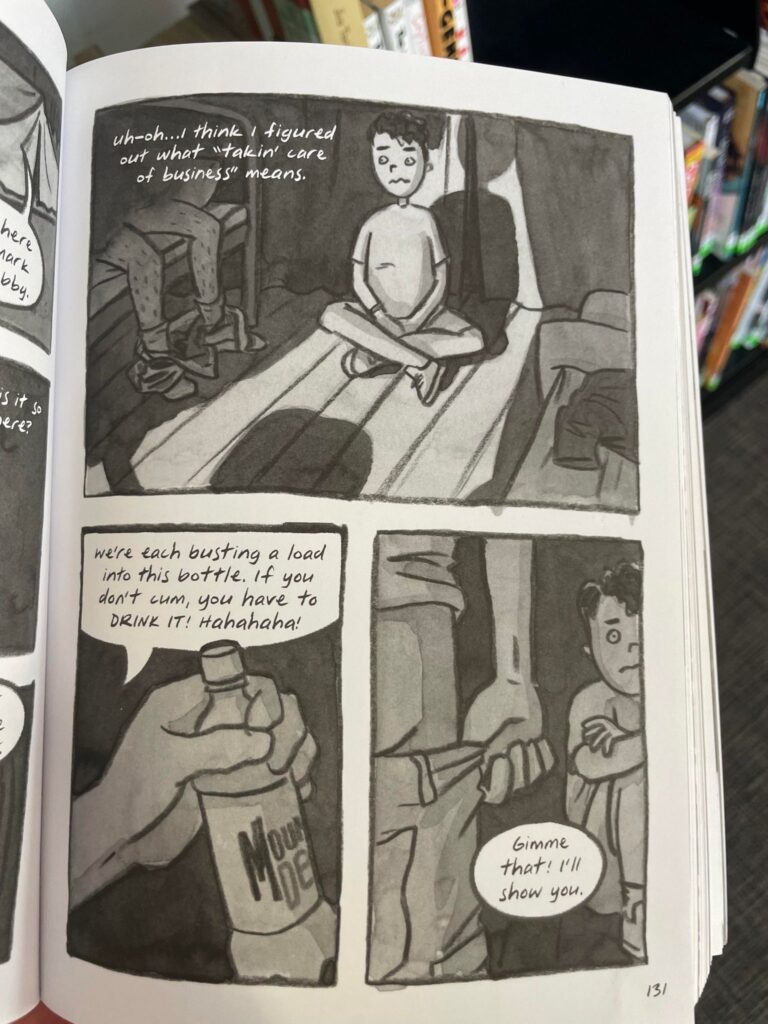 Pretty disgusting. Yet the Sinister Minister is more than fine with that material being available for 14-year-old kids.

There is such a distinction in this race. Chapman represents Iowa values and commonsense. The idea that public schools don’t make pornography readily available to children.

Trone Garriott, meanwhile, has no issue with this stuff in schools.

We would like for Trone Garriott to publicly discuss why she supports these specific books and images being made available to Iowa kids in schools, but it isn’t likely “traditional” media will press her on the issue.

Maybe she hasn’t seen the images and she’s simply been making uneducated statements. We can hope that is the case.

Because while it isn’t necessarily a shocker to see a Democrat politician defending the materials, it is downright depressing to see a “minister” doing so.