During Speaker of the House Pat Grassley’s weekly press conference on Thursday, he was asked about the status of the Constitutional Carry bill.

Grassley told reporters he signed the bill last Thursday a little before noon.

“At that point in time I don’t think it had the signature of the Senate on it,” Grassley said. “What I can say is I fulfilled the duty, from the standpoint of the House, that all the bills that are sent out of our chamber that I have to sign — I have fulfilled that duty as of last Thursday.”

Grassley was asked if he knew why the bill hadn’t been sent to the governor or why the Senate would be holding it.

“This is really the first time that anybody’s followed up with me as far as how it’s been handled,” he said. “I’d have to look into where that would be as far as back and forth between the chambers and then to the Governor’s office. All I know is I signed it last Thursday and I haven’t really done any following up.”

Senate President Jake Chapman, though, said the bill was received last Friday. With not being in on Fridays, Chapman signed the bill Monday morning and sent it back to the House by 11 a.m.

So, according to Chapman, the bill is in the House awaiting the signature of the chief clerk.

“I was anxious and eager to be able to sign that piece of legislation,” Chapman said. “That bill arrived to my desk on Friday and was signed Monday morning and returned back to the House. Outside of that I have no knowledge as to why it has taken so long for the bill to get to the Governor’s desk.” 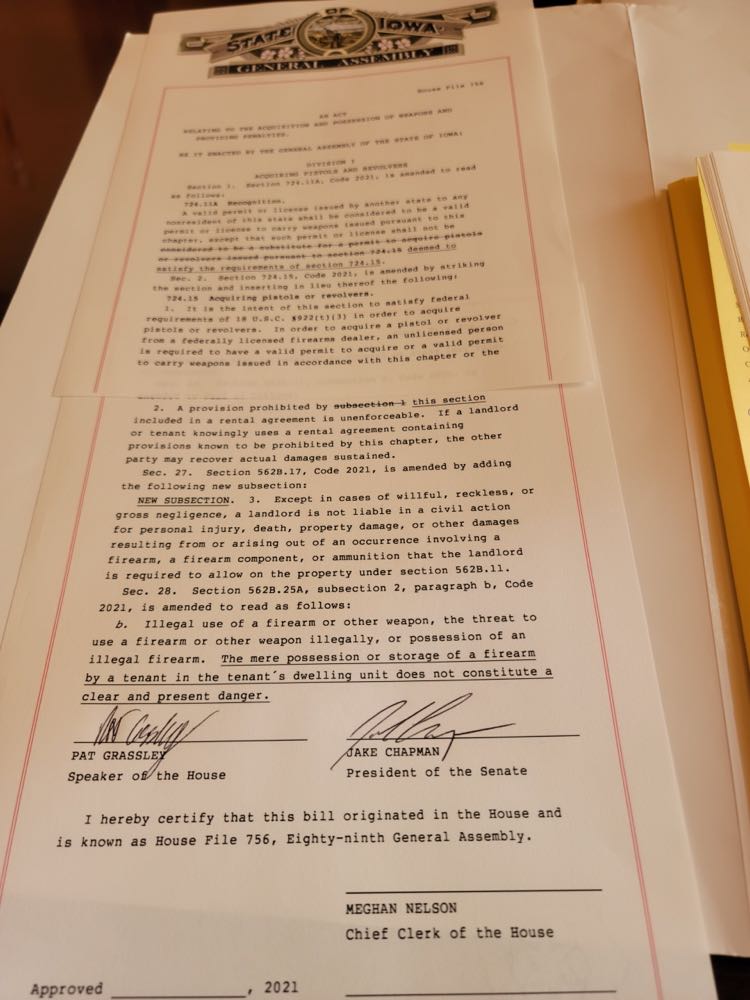