Once again, the Olympics are center stage for racial issue protests. It began at the Mexico City Olympics in 1968 when Tommie Smith (gold medal) and John Carlos (bronze medal) made an international public statement about racial injustice in the United States with their bowed heads, “black-socked feet without shoes to bring attention to Black poverty, beads to protest lynchings, and raised, black-gloved fists to represent their solidarity and support with Black people and oppressed people around the world” and the slow progress of racial equality.

Peter Norman, the silver medalist from Australia, joined in the protest by wearing “a badge for the Olympic Project for Human Rights.” His solidarity with Smith and Carlos ruined his career. “When Norman died in 2006, Carlos and Smith, who had kept in touch with Norman for years, were pallbearers at” his funeral in Australia.

Racial issues were tense in 1968. Martin Luther King, Jr., had been assassinated on April 4th of that year. Cities were set on fire. Bobby Kennedy, a champion or racial justice issues, was also assassinated. In 1963, he had reported to his brother that while “progress” was taking place, but difficult race problems remained “not only in the South … but throughout the country.” (Source)

But even the Kennedys could not quell the foment that was developing in poor black communities. The Kennedy’s were out of touch. It took the King assassination for Bobby Kennedy to understand.

Several young black activists were not on board with the slow boat of progress being made. Jerome Smith, a young activist, said, “Not only would young blacks like him fight to protect their rights at home, he said, but they would refuse to fight for America in Cuba, Vietnam or any of the other places the Kennedys saw threats. ‘Never! Never! Never!’”

Muhammad Ali served notice that he would not fight people who did him no harm while racial injustice was taking place in the United States. Ali lost four years in his fight not to be drafted. He paid a heavy price on principle.

There’s much more that could be said. It is necessary to understand why people protest. The latest Olympic protestor is Gwen Berry, the bronze medalist at the Olympic Trials in the hammer throw. She “received fierce backlash after she appeared to turn her back to the American flag as the national anthem was being played at the U.S. Olympic Trials over the weekend.” That was bad enough, but it’s some of her other actions and rhetoric that are more disturbing. “Toward the end of the song, she put a black T-shirt with the words ‘Activist Athlete’ on her head.”

She claimed she was set up because the National Anthem had started to play when the three hammer thrower medalists were on the award stand. “USA Track and Field spokeswoman Susan Hazzard said in a statement that the anthem was scheduled to play at 5:20 PM Saturday” and that the schedule had been posted.

I suspect most people don’t have a problem of people protesting for anything they want. It’s the American way. But it’s rude to do so when you are invited to a sporting event to represent the United States in the Olympics Games in Tokyo. If the United States is that bad, why participate? Why not convince all the African American athletes to boycott the trials and the Games? Now that would be a protest, but it would have failed.

Berry claimed that the National Anthem is racist because of this line in the third stanza_:_ “No refuge could save the hireling and slave.” There is a great deal of debate about what Francis Scott Key meant using the words “hireling and slave.” Key was a mixed bag when it came to slavery.

Key purchased his first slave in 1800 or 1801 and owned six slaves in 1820. He freed seven slaves in the 1830s, one of whom continued to work for him for wages as his farm’s foreman, supervising several slaves. Key also represented several slaves seeking their freedom, as well as several slave-owners seeking return of their runaway slaves. Key was one of the executors of John Randolph of Roanoke’s will, which freed his 400 slaves, and Key fought to enforce the will for the next decade and to provide the freed slaves with land to support themselves.

Key is known to have publicly criticized slavery’s cruelties, and a newspaper editorial stated that “he often volunteered to defend the downtrodden sons and daughters of Africa.” The editor said that Key “convinced me that slavery was wrong — radically wrong.” (Source)

See the following article on Key by William Federer.

If you watched any of the track and field trials, you might have noticed something — the vast number of black athletes competing, earning spots on the Olympic team, and winning their events. Almost every sprinting event was one by a black man and woman. In fact, most of the runners in each of the sprints — from 100 meters to 400 meters — were black. A black woman broke the world record in the 400-meter hurdles. The long jump and triple jump were won by black athletes. The same is true for the high jump and the men’s decathlon and the woman’s heptathlon.

Of course, these advancements do not mean there is not racial injustice, prejudice, and bigotry in the United States, but it does show there has been some form of progress since the time four-time gold medal winner Jesse Owens was snubbed after his return home after the 1936 Olympics.

Mack Robinson, the older brother of Jackie Robinson, was second to Owens in the 200 meters. Neither Owens nor the other black athletes were able to capitalize on their achievements like today’s athletes. Consider the following about Mack Robinson:

“If anybody in Pasadena was proud for me, other than my family and close friends,” he once said, “they never showed it. The only time I was noticed was when somebody asked me during an assembly at school if I’d race against a horse.”

Robinson was reduced to pushing a broom, sweeping downtown streets while wearing his Olympic sweatshirt with a big “USA” on the front, unable to afford new clothes. Racial conflict cost him that job, too. When a judge ordered the desegregation of public swimming pools in Pasadena, the city retaliated by firing all its black workers, including Robinson. (Source)

Today’s black athletes do very well financially because of their athletic achievements. This is true in almost every sport. Many of them have branched out into financial enterprises beyond sports. The spectator response to Simone Biles in the gymnastic trials was heart-warming.

Many people are disturbed with the hijacking of sporting events for political statements, everything from protesting the flag and the national anthem to the promotion of LGBTQI+/Pride propaganda that gets a solid month while Independence Day gets one day. It’s everywhere. Here’s the latest from the NFL: 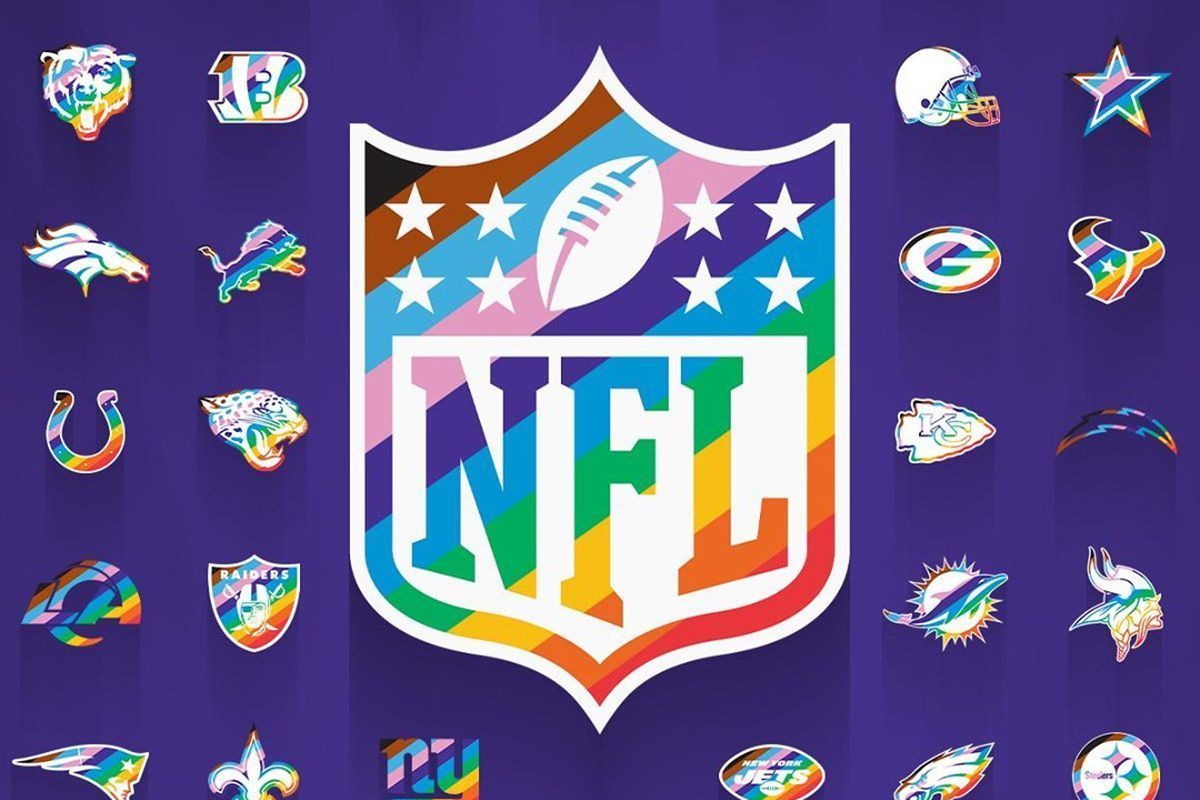 I doubt that these protests help. Most people of goodwill have been persuaded that racial injustice exists and that early statements about Black Lives Matter were embraced. But these goodwill efforts were hijacked for radical political purposes. It’s gotten so bad that being white is by definition racist. “A psychiatrist … told a Yale School of Medicine audience that she fantasized about killing White people.”

So many things are racist now — from grammar and math to black holes and the names of birds. Our nation is more divided on race when it comes to politics, special interest groups (many of which are in it for the money, for example, here, here, and here), education, entertainment, and the enabling news media than it has ever been. I don’t believe that was the intent of Tommie Smith and John Carlos when they stood on the medal stand at the 1968 Mexico Olympics.