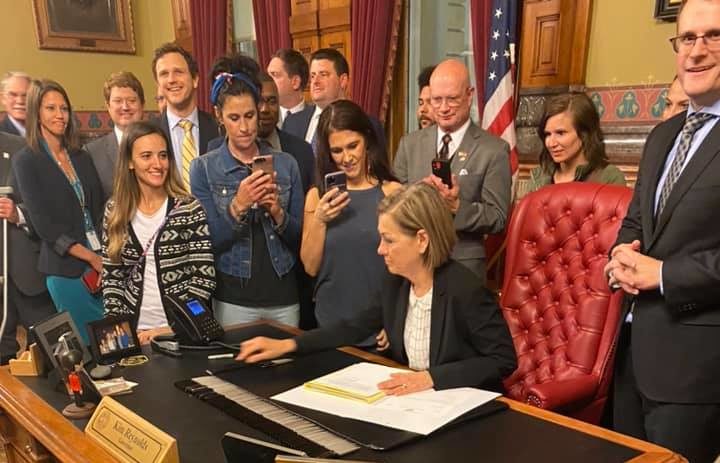 It took a while, but the Iowa legislature found a way to prohibit schools from requiring masks. Throughout the fall, winter and spring, perhaps no other issue elicited as many messages as this one.

Frustration over mandatory face coverings grew as time went on. Parents wanted the choice of whether their own kids wore masks during school. Some school boards listened, many did not.

Then, last week, the Iowa Department of Public Health offered hope to parents with renewed guidance on allowing parents to choose whether children wore masks. Still, some schools were not willing to change their policies.

But on Wednesday, Republican legislators stepped in and amended a bill to prohibit schools from requiring face coverings. And early Thursday morning, Iowa Gov. Kim Reynolds signed the legislation. As soon as her signature hit the paper, the law went into effect.

Every legislative session has its ups and downs. It has its highs and lows, its disappointments and its celebrations.

While many good things were accomplished in the 2021 legislative session, none of them have the immediate impact that this bill has.

And it isn’t even close.

Parents across the state have gone to battle for their kids.

As much as it might surprise some Democrats, parents were not going to bat so that their kids could “selfishly” refuse to wear a mask.

Parents went to battle for their kids’ mental health, their happiness, their autonomy, their physical health and ultimately, their freedom.

Yet the same ultimatum of “if you don’t like it, keep your kid home” was never extended to those advocating for forced masking.

Today moms and dads across the state of Iowa have the ability to choose whether their sons and daughters were a mask at school.

Today is the biggest step toward a return to normalcy our kids have experienced since the pandemic began.

And for that, we thank Iowa House and Senate Republicans along with Iowa Governor Kim Reynolds.

Those parents who stood up and fought, you too are champions of the 2021 Iowa legislative session. You stepped out of your comfort zone and you took on the social awkwardness that comes with standing for your beliefs.

You took a position within your community that may or may not have been popular. You were willing to risk alienation from friends, family and neighbors — I’ve heard the stories.

But you did it all for your children, for their smiles and for their freedom.