Home National Will Christian Baseball Players be Punished for Not Celebrating Pride? The Tampa Bay Rays hosted their 16th annual “Pride Day” last Saturday. The occasion featured mini rainbow flags sprinkled throughout the stadium and the players wore rainbow patches on their jerseys and rainbow-colored logos on their caps.

But not all the players chose to participate.

In the eighth inning, two pitchers took the mound for the Rays. Neither wore the patches on their jerseys. Neither donned the caps with rainbow logos.

According to the Tampa Bay Times, the two pitchers—Brooks Raley and Jalen Beeks—weren’t alone. Three other teammates, Jason Adam, Jeffrey Springs and Ryan Thompson, also chose not to wear the rainbow insignias.

Pitcher Jason Adam explained that he made his decision because of his Christian faith:

“A lot of it comes down to faith, to like a faith-based decision. So it’s a hard decision. Because ultimately we all said what we want is them to know that all are welcome and loved here. But when we put it on our bodies, I think a lot of guys decided that it’s just a lifestyle that maybe—not that they look down on anybody or think differently—it’s just that maybe we don’t want to encourage it if we believe in Jesus, who’s encouraged us to live a lifestyle that would abstain from that behavior, just like (Jesus) encourages me as a heterosexual male to abstain from sex outside of the confines of marriage. It’s no different. It’s not judgmental. It’s not looking down. It’s just what we believe the lifestyle He’s encouraged us to live, for our good, not to withhold. But again, we love these men and women, we care about them, and we want them to feel safe and welcome here.”

Rays Manager Kevin Cash did not condemn Adam or others who chose not to wear the rainbow patches. He cited the clubhouse dialogue following the incident, asserting the disagreements had not caused any divisions. He told the media he was “impressed that our players have had those conversations, and we want to support our players that choose to wear or choose not to wear to the best of our capabilities.”

However, not everybody was as respectful of the players’ beliefs.

The New York Times compared Adam’s decision—one borne out of his religious convictions—to an incident six years ago, when then-White Sox pitcher Chris Sale cut up a jersey he was supposed to wear because it was “ugly” and “uncomfortable.” Since Sale was penalized for his actions, the Times wrote, Adam should also face similar consequences.

Social media was also in outrage over Adam’s convictions. Adam’s Instagram page was flooded with hateful and vindictive comments against him and his family: 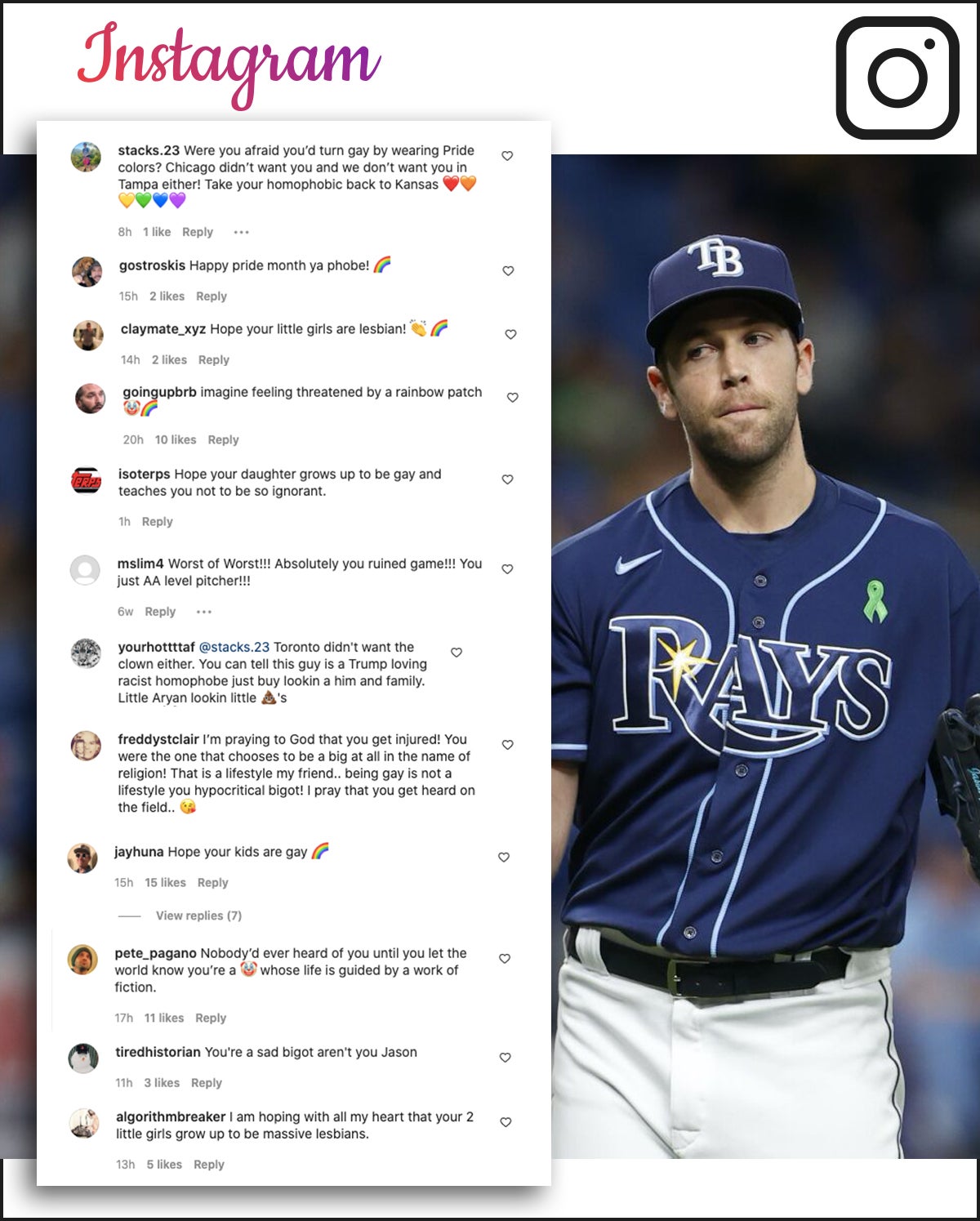 Will the MLB step in and enforce their agenda by canceling those who act on their religious convictions?

One thing’s become clear over the last several years. Woke corporations are quick to crack down, punish, demote or even fire any religious person expressing a viewpoint that doesn’t conform to the modern Leftist orthodoxy. Tolerating diverse viewpoints and people with different beliefs is not good enough. Instead, many of these companies coerce religious Americans to celebrate ideas with which they disagree.

Acting on their religious beliefs, Lacey and Marli politely asked about the company’s support for the “Equality” Act, after the airline invited employees to discuss the topic in an employee-only forum. Both of them were concerned about the impact this bill could have on their freedoms—as do millions of Americans.

Similarly, First Liberty is defending Robyn Strader—a nurse practitioner with multiple, advanced degrees—who was fired from CVS Pharmacy after the company accommodated her religious beliefs without issue for six and a half years. Why? Because CVS wants to force its employees to prescribe abortifacients, even when it violates their religious beliefs.

The Tampa Bay Rays and the MLB have not punished their players for adhering to their genuinely held religious convictions. Not yet, at least. But as the cases above show, woke corporate America won’t hesitate to cancel any employee who expresses traditional, religious beliefs on moral issues. Let’s hope these religious players aren’t canceled or fired for living according to their beliefs. But if they are, First Liberty stands ready to defend their First Freedom.