Home National WRIGHT: How to Assassinate a Former President – Open the Border 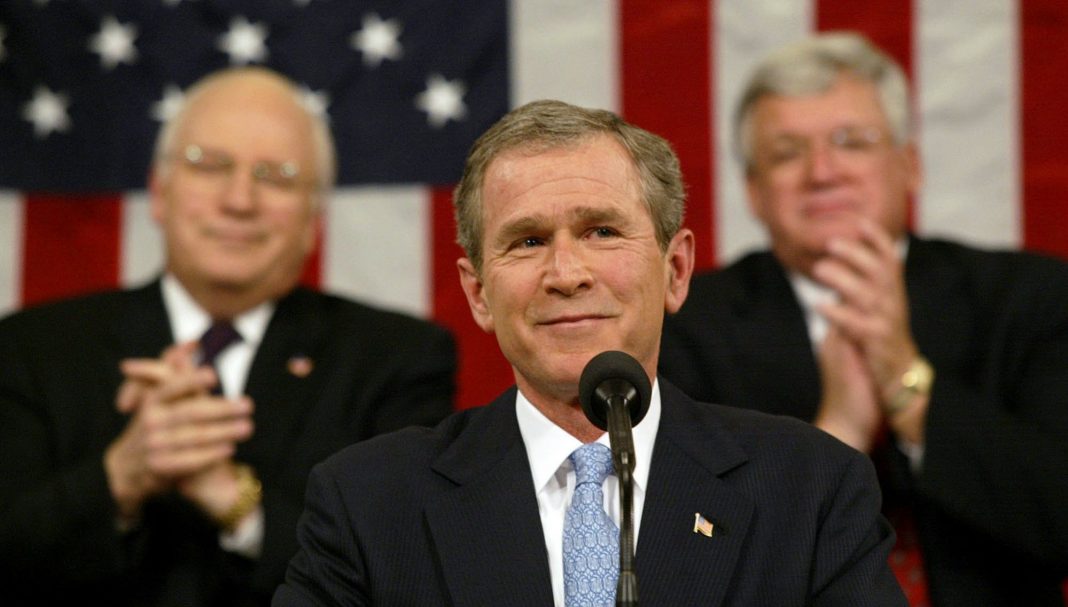 You may have heard in the news the FBI foiled an Islamic State-connected plot to assassinate former President George W. Bush.  What you might not have heard is how Joe Biden’s open borders policies made the plot possible.

The plot involved smuggling four Islamic State-linked terrorists from Iraq across the southern border, a border now leaky as a sieve under Biden.  The plot mastermind entered the U.S. on a visitor visa, then applied for asylum.  Under Trump, he most likely would have been detained, then deported if his claim failed.    But under Biden, illegal aliens filing asylum claims are routinely released into the interior of the country and told to show up in court years later.  Surprise, surprise – not everyone does.  What self-respecting terrorist would?

FBI Director Christopher Wray just testified to Congress yesterday, “any porous point of entry is a potential vulnerability that bad actors of all sorts, including national security threats, can seek to exploit.”  And so they do.  Recently, it was reported 42 illegal aliens on terrorist watch lists have been caught at the border since Biden took office.   Nobody knows how many more suspected terrorists are among the 600,000 known ‘gotaways’ now freely roaming the U.S. after entering the country on Biden’s watch.   We do know the Border Patrol released a suspected terrorist from Colombia into the U.S. in April who was not apprehended for three weeks.  It doesn’t take three weeks to travel from the border to Dallas, where the plot to assassinate George W. Bush was to take place.

It’s undeniable the Biden administration has opened the border to a considerable degree.  I’ve documented and compiled in previous commentaries the numerous policy changes the Biden administration has instituted to open the border [Daily Skirmish – 4/28/22].  But all we get out of DHS Secretary Alejandro Mayorkas is gaslighting.  He’s on record telling the nation “The border is closed, the border is secure.”  In reality, accommodating new arrivals and moving them through the asylum pipeline as quickly as possible is the plan and will remain the plan when the rush to the border begins after COVID restrictions there end.

One interesting feature of the plan is the increasing reliance of the Biden administration on left-wing activist groups to perform governmental functions to alleviate the problems Biden’s loose immigration policies have caused.  The DHS is giving out $150 million in grants to outside groups to deal with the increasing numbers of new arrivals.  Full employment for Lefties – that’s just great, and you’re paying for it.

Undoubtedly, some of this money will find its way to left-wing groups in D.C. meeting the buses Governor Greg Abbott is sending from Texas.  These groups are providing new arrivals with food, clothing, shelter, and medical care.  One account portrays all this as being done by volunteers taking action because the government has done nothing in response to the buses.  But it won’t be long before these groups pick up the scent of government grant money, if they haven’t already.  The pattern is likely to repeat, once Florida starts sending illegal aliens to Biden’s home state of Delaware when COVID restrictions at the border end.

So, the Biden administration gets to pay a little money and avoid responsibility for the immigration mess it has created.  In fact, Biden and Mayorkas come out ahead because they get to reward their Lefty friends with government contracts, thus ensuring their loyalty and making the Left stronger all around.