Home National WRIGHT: Save the Planet, Kill Yourself The United Nations warned in 2018 we only had 12 years left for global warming to be kept to a minimum of 1.5 degrees Celsius or further warming would bring catastrophic droughts, floods, extreme heat, and poverty for hundreds of millions of poor, suffering humans.  Urgent changes were needed, OR ELSE!  Urgent, I tell you, URGENT!

You wouldn’t know it from the results of this year’s annual U.N. climate summit which just ended with a deal for rich nations to transfer money to poor nations, but no deal to reduce emissions.  So let me get this straight:  We have eight years left to keep the planet from burning up, but nothing could be done at the climate summit on the urgent business of curbing emissions?

The whole thing is a joke, a psyop – we’re all being manipulated like puppets on a string.  One of the countries eligible for climate reparations under the new deal is China, a rich nation which built almost a hundred new coal-fired power plants last year.  The joke just got worse.

One indicia of psychological manipulation is the way they cranked up the propaganda machine for this year’s summit.  The U.N. Secretary-General said nations must cooperate or perish – PERISH, I tell you.  We’re on “a highway to climate hell with our foot on the accelerator,” he said.  Oh, my, that sounds dreadful, what will we ever do?  The only thing becoming overheated is the rhetoric.  Then there was another sea level scare which arrived right on time, right when the summit was set to begin.  The idea the seas are rising because of climate change is bunk.  A recent study showed coastal cities are sinking due to groundwater extraction, giving the illusion sea levels are rising.  A human-caused problem, to be sure, but not one that can be fixed by eating bugs or buying an electric car.

Another indicia of manipulation is data tampering.  I’ve told you previously how climatistas are tampering with temperature sensors and re-writing satellite data.  Now comes word they’re lying about the number of 90-degree days increasing in the U.S.  They conveniently start their graphs in 1960, deliberately ignoring the fact there were many more 90-degree days in the 1930s than there are now.

A third indicia we’re all being manipulated is the increasing frequency with which climatistas are revealing their true agendas.  I told you before the summit Greta Thunberg’s true aim is to smash the capitalist system.  She’s not the only one.  John Kerry wants to create artificial demand signals in the marketplace for electric cars, renewables, fake meat, and, yes, eating bugs.  By the way, it’s been reported John Kerry wants to leave his climate czar post to make more moneyfor himself raising capital for clean energy projects.  I keep telling you, these people need to put out financial disclosure statements every time they open their mouth and pontificate about the wonders of clean energy or talk up carbon trading markets.  Selling soap, or selling clean energy and carbon credits – what’s the difference?  Speaking of hidden agendas, the open borders crowd is rebranding illegal aliens as ‘climate migrants’ to boost acceptance for open borders policies.  More manipulation.

The logical conclusion, if you let yourself be manipulated by all this, is that you must kill yourself to save the planet.  You have no right to emit carbon dioxide or consume anything.  This is what some climate gurus have been advocating for some time.  So get the ‘Save the Planet, Kill Yourself’  t-shirt, sing the song, then it’s off to a euthanasia clinic in Switzerland with you.  As one climate guru put it, the earth will be so much better off when there aren’t any people on it. 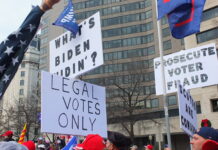