Home National WRIGHT: The Diversity Narrative Is Against the Law 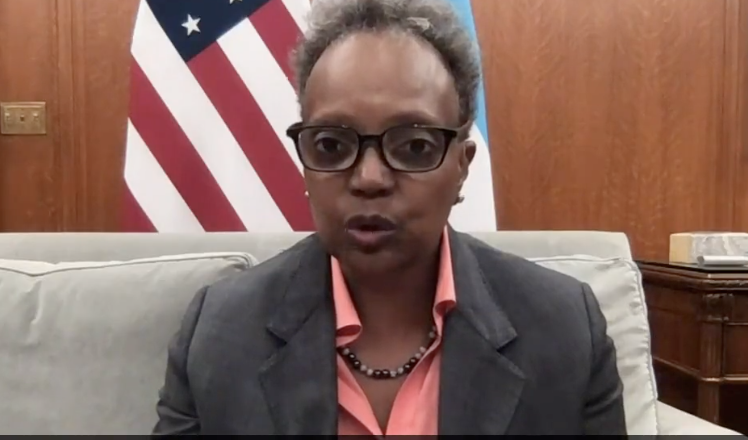 Three cheers for equal protection of the law.  Agitators pushing the Left’s phony diversity narrative just got doused with reality.  They’re finding out that a lot of what they want to do violates the Equal Protection clause of the 14thAmendment to the U.S. Constitution.

Chicago Mayor Lori Lightfoot had wanted to grant one-on-one interviews to “black and brown” journalists only, because the evil white people are oppressors.  After she got sued for violating equal protection of the law, she doubled down, saying she “absolutely” would continue discriminating.  Well, the case just got settled, with the Mayor backing down completely, agreeing to drop her racist policy against white journalists.

California had wanted to mandate women be given a certain number of corporate board seats, because assuring equal outcomes for women is the important thing, even if we have to beat people into submission to achieve it.  A California judge just struck down the gender quota because it violates equal protection.  The judge ruled the state failed to prove women had been the victims of actual discrimination, thus taking direct aim at one of the principal tenets of the diversity faith:  that everyone should be tarred and feathered to assure equal outcomes even if they didn’t do anything wrong.  The diversity nuts believe the whole system is rotten – systemic racism, systemic sexism, blah, blah, blah – and this judge is saying, ‘sorry, not good enough, you actually have to prove your case.’

Staying on campus for a moment, Texas had a law requiring out-of-state students to pay higher tuition than illegal aliens residing in Texas.  A federal judge used equal protection principles to knock down the state law.  A federal law specifically bars states from giving illegal aliens any postsecondary education benefits that are not offered to U.S. citizens on equal terms, including citizens from other states.  The judge ruled the federal law preempted the Texas law, dealing another blow to the phony diversity narrative which mindlessly holds we must hand our country over to illegal aliens because we’re so guilty of whatever.

That guilt trip is what’s motivating leaders in the medical field to toy with the idea of dispensing medical services on the basis of race, as I mentioned yesterday.  It all goes back to what used to be called ‘compensatory equal protection’ which, as applied in this context, means white people got the best care in the past so other people should be compensated with the best care now, no matter who is sick today.  That kind of thinking is on full display in Utah, where public health officials were warned dispensing COVID drugs based on race was illegal, but did it anyway with the Biden administration cheering them on.  The state health officials didn’t even bother getting a legal review, but just plowed ahead.  Well, you can have compensation, or you can have equal protection, but you can’t have both at the same time; ‘compensatory equal protection’ is an oxymoron.

The phony diversity narrative has a blind spot when it comes to race and sex that blanks out all other considerations, including equal protection of the law.  The exclusion of all other values is what makes the diversity narrative fundamentally crazy.  It will not endure.  Other values will reassert themselves, as equal protection of the law is now.  Eventually, rationality will carry the day, a balance between competing considerations will be restored, and the race hustlers pushing the poisonous Woke garbage to line their own pockets will have to find another gig.

You want to compensate disadvantaged groups for past injustices?  Find another way.  Just don’t misuse the government or the law to do it.