There is an old saying. We need not so much to be told as to be reminded. What is America? Thus spake Benjamin Franklin upon exiting the Constitutional Convention: “A Republic…, if you can KEEP it.”

Too many citizens in civics have been told, whether due to malice or ignorance, that the USA is a democracy. FALSE.

As Charles Flatt and Sheila Allen have noted: “Democracy has been described as four wolves and a lamb voting on what to have for lunch. Unmoderated majority rule means that the mistakes, the ignorance and the prejudices of the majority will become law. Minorities will be devoured, and the resulting society will be one of enforced and fearful homogeneity.”

A Constitutional Republic, as set forth in our Constitution, enshrines inviolate and inalienable rights that are eternal in their transcendence over mob rule. Rights such as freedom of speech, religion, assembly, petition of grievances and the press can be illegally terminated in a democracy—but they are sacrosanct and protectively ensconced in our Republic.

Furthermore, a true democracy of a nation with over 300 million people is wholly impracticable. By definition, true and pure democracy would require the entire populace to vote on every policy issue at any given moment. How even to preserve electoral integrity and competent and timely vote tallying with such an overwhelming number, variety of subject, and geography, even daily, of such queries and canvassing?

In our Republic, voters elect representatives, who in turn vote and make laws not inconsistent with Constitutional restraining checks and balances.

Founder James Madison explains it thus: “It (the difference) is that in a democracy, the people meet and exercise the government in person: in a republic, they assemble and administer it by their representatives and agents. A democracy, consequently, must be confined to a small spot. A republic may be extended over a large region.”

Therefore, when we take our solemn Pledge of Allegiance to our beloved Flag, we also pledge allegiance “to the Republic, for which it stands…” Maybe we’re not teaching civics very well in our schools. Maybe we need to ensure each day begins with that filial Pledge of Allegiance.

“Republic. I like the sound of the word. It means people can live free, talk free, go or come, buy or sell, be drunk or sober, however they choose. Some words give you a feeling. Republic is one of those words that makes me tight in the throat; the same tightness a man gets when his baby takes his first step or his first baby shaves and makes his first sound like a man. Some words can give you a feeling that makes your heart warm. Republic is one of those words.”

And That’s Why I’m Sincerely Yours, A Proud REPUBLIC-an. 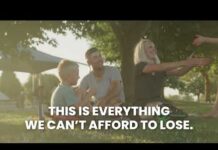