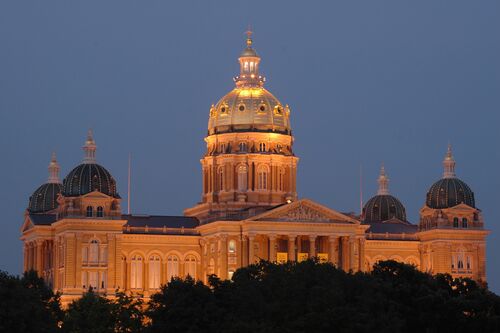 A person convicted of a public offense which is also a hate crime would potentially be subject to enhanced sentencing penalties pending presentencing investigation.

Larry Murphy and Megan Malloy of the Police Chiefs Association spoke in support. Murphy said the bill is the “top priority” of the association and the Public Safety Coalition.

Murphy said the Police Chief Association and Sheriff Association reached out to the NAACP a few years ago after protests to ask where policing and law enforcement should be in the next 10-15 years.

“This proposal, it flips the hate crimes bill,” Murphy said. “The beauty of the bill is when a lower-level crime, which may not qualify as a hate crime, if there’s a pattern of behavior by individuals or groups against particular family, communities or whatever, you could build a case in the sentencing side to enhance the penalties for the particular crime. So you’d be able to apply hate crime sentencing process to call crimes as opposed to just the laundry list that’s in the Code.”

Malloy said after conviction, this bill would allow a pre-sentencing investigation where the defendant’s prior criminal history could be looked at, as well as their personal history on social media.

“That would all come after the defendant has already been convicted of the public offense,” Malloy said.

Struyk also talked about when political signs are damaged or stolen. He asked if that would be a hate crime.

Connie Ryan of Interfaith Alliance of Iowa Action said she is concerned enhancement of all crimes may disproportionately impact “certain people.” She questioned if it is really an “effective tool.”

Ryan added gender identity is something they’d like to see added to the hate crime laws.

Republican Rep. Steve Holt said the bill was brought to him “later in the game.” He added he is struggling a little bit with it, but completely understands the intent. Ultimately, he said he is a little uncomfortable when talking about a crime for philosophy of beliefs.

Republican Rep. Skyler Wheeler chaired the subcommittee and said the bill would not move forward. He expressed concern over going through an individual’s social media history and social history.

“Are we going to start getting into some of what we’ve seen in other countries as far as trying to pre-empt certain people or certain groups for what they post on social media,” he asked.

He agreed to further discussions but said the bill wasn’t signed out of subcommittee.