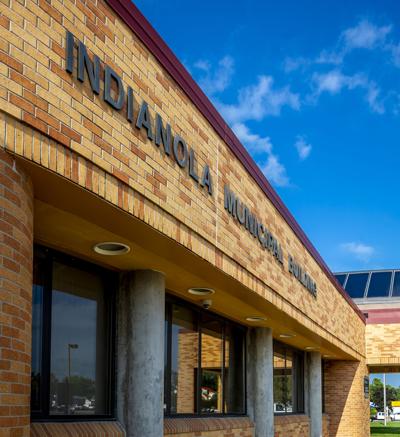 On September 7, 2021, the Indianola City Council approved a proposed ordinance creating the City’s Human Relations Commission.  The purpose of this new Commission was to

…recognize the authority of the Iowa Civil Rights Commission and foster use of its procedures and programs; to increase awareness, understanding and appreciation of diversity, equity and inclusion within the community, and to proclaim a public policy of nondiscrimination by securing freedom from discriminatory practices based on a person’s race, creed, color, sex, sexual orientation, gender identity, national origin, religion, ancestry or disability as defined in Iowa Code Chapter 216 (“Protected Groups”), protecting individual dignity, ensuring their full productive capacities, preserving the public safety, health, and general welfare, and promoting the interests, rights, and privileges of individual citizens within the City.[i]

With the exception of one of the focuses being on “equity,” these are all laudatory goals.

What is the problem with “equity” you might be asking?  Equity is a positive thing, because, after all, having equity in one’s home is a good thing.  But that is not what equity means in the context of the Human Relations Commission.  Since it is being used in the context of human relations, it is being used in the sense of “racial equity.”  We can learn about that in a particular program supported and implemented by Indianola.

The City of Indianola is an official supporter of the anti-white 21 Day Equity Challenge[ii] and made that program mandatory for City department heads and voluntary for other City employees.[iii]  The Equity Challenge program provides us with this definition of equity:

So what does this mean?  Racial equity is about ensuring that the results are the same across all racial groups, meaning people are not to be treated as individuals, but rather as only members of racial groups.  These results cover the spectrum of life’s activities, and if any of the results are not equal across the races, then it is by default the product of racist policies.  The only way to address the “inequity” of such racist policies is through “the presence of deliberate systems and supports to achieve and sustain racial equity through proactive and preventative measures.”

And who has the over-arching authority and ability to take such “proactive and preventative measures”?  Government, at all levels.  Government policies would then be race-based in order to achieve “racial equity.”

Andrew McCarthy summed it up well when he wrote:

It makes equity the antithesis of equality — the latter being the constitutional principle that government must treat everyone equally under the law, regardless of race…Equality is a social condition. Equity is social engineering…Equality is a defense against government, a mandate that everyone enjoy equal opportunity, free of discriminatory restrictions. Equity is government oppression, unleashing bureaucrats to impose equal results, which is conceivable only if opportunity is subject to discrimination based on race or other government-favored status.[v]

The focus of Indianola’s Human Relations Commission is on racial equity, not equality.

So far there have been three applicants wanting to serve on the Human Relations Commission.  Let’s look at two of them.

On Indianola’s Volunteer Application Form to Serve on a City Board or Commission there is this statement highlighted in yellow: “To be considered, interested individuals must live within City limits…”

According to the residence address listed on Chiaramonte’s Volunteer Application Form, she lives well outside the City limits of Indianola.  Chiaramonte is not eligible to be on the City’s Human Relations Commission.

…said the group decided they should formalize their discussion [about race and racism] and began See Color – Be Changed [sic]. The group was named intentionally because its goal is to host conversations specifically about race. Color blindness is detrimental.

When you have conversations about race with white people in a predominantly white community, being colorblind gives people a chance “to stay [sic] they’re not racist without doing the work of listening to people,” Mahlstadt said. “So we named this group on purpose.”[vi]

So color blindness is “detrimental”?  Not according to Dennis Prager:

The colorblind person is the very definition of a nonracist person.  Here’s one obvious proof.  The worst racists – defenders of slavery, supporters of Jim Crow laws, the Ku Klux Klan, just to cite American examples – were the least colorblind people.  Color is the one thing they and all racists see.  Precisely because they defined people by their color, they justified subjugation of blacks.  Colorblind means one does not believe a person’s color is in any way significant.  Isn’t that the ideal?  Shouldn’t we define a person by their heart, mind, personality, and, as Martin Luther King said, above all, character?…It was precisely when America was most racist that people’s color was deemed most important.  Why would we want to return to that time?[vii]

Why indeed?  However, Mahlstadt appears to think it is more important to see skin color than to see each person as an individual.

On November 1st The Iowa Standard had an article looking at some of Mahlstadt’s posts on his personal Twitter account; here are some of those posts:[viii]

In 2019 Mahlstadt quoted a claim from a book that lynching in America “could not have endured without the relative silence, if not outright support, of one the most significant institutions in America – the Christian Church.”

In 2020 Mahlstadt shared  a Black Lives Matter video and wrote: “This is our revolution. Transformation is happening. Change is coming — and we’re only just getting started.”

In 2020 Mahlstadt wrote: “It’s wild to me how racist America remains.”

The Iowa Standard article was posted on November 1st.  On November 4th I went to Mahlstadt’s Twitter page.  On that page was written:  “These Tweets are protected.  Only approved followers can see @Nickmahlstadt’s Tweets. To request access, click Follow.”  I clicked Follow, but as of November 12th my request is still “Pending.”  Why does Mahlstadt want to restrict who can see what he is expressing on his Twitter account?

On his Volunteer Application Form Mahlstadt wrote that he had “a passion to advocate for equity.”  He did not mention equality.

So Mahlstadt believes that skin color is important, conversations should focus on race, he prefers equity over equality, views the United States as a racist country, and appears to believe that “the Christian Church” was the factor in why lynching endured so long in the United States.   Can he really be objective, especially in terms of religion, if he were to serve on the Human Relations Commission?

Three applicants have applied to be commissioners on Indianola’s Human Relations Commission.  We have looked at two of those three.  The first, Nia Chiaramonte, lives outside the city limits of Indianola and for that reason is not eligible to even apply.  The second, Nick Mahlstadt, has made statements, and also posted information on his Twitter account that raise questions about his objectivity if he was to be appointed as a commissioner.

There is another issue to consider.  Indianola’s Human Relations Commission lists equity as one of its focuses.  Nowhere on that Commission’s City web page is there any mention of equality.

As we saw above, based on information in the 21 Day Equity Challenge, a program supported by the City of Indianola, the focus of equity is on dividing people into racial categories and making judgements based on those racial categories, not on the basis of treating people as individuals.

I suggest that the Human Relations Commission be guided by these words of Dr. Martin Luther King, Jr.:

I have a dream that my four little children will one day live in a nation where they will not be judged by the color of their skin but by the content of their character.

Dr. Martin Luther King Jr., I Have a Dream, speech given from the steps of the Lincoln Memorial in Washington D.C., August 28, 1963.

Dr. Stephen M. Kirby is the author of six books about Islam. His latest book is Islamic Doctrine versus the U.S. Constitution: The Dilemma for Muslim Public Officials.