Home Uncategorized Senator Ernst Focused on Solutions, Not Political Talking Points regarding Violence Against...
Share
Facebook
Twitter
Pinterest
WhatsApp
***The Iowa Standard is an independent media voice. We rely on the financial support of our readers to exist. Please consider a one-time sign of support or becoming a monthly supporter at $5, $10/month - whatever you think we're worth! If you’ve ever used the phrase “Fake News” — now YOU can actually DO something about it! You can also support us on PayPal at [email protected] or Venmo at Iowa-Standard-2018 or through the mail at: PO Box 112 Sioux Center, IA 51250

U.S. Senator Joni Ernst (R-IA), a survivor and an outspoken leader on the issue of combatting domestic violence and sexual assault, once again expressed her disappointment in Senate Democrats for walking away from months-long bipartisan negotiations to reauthorize the Violence Against Women Act (VAWA).

Senator Ernst announced that she will be putting forward a good-faith proposal of her own, to provide the resources necessary for survivors of domestic violence and sexual assault in Iowa, and across the country. Ernst emphasized her bill focuses on solutions, not partisan political talking points like the one Senate Democrats abandoned negotiations to introduce. 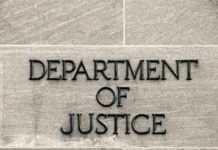