How did America come to the point where one of its major political parties is sounding a drumbeat for socialism and sexual anarchy?

How did we come to a place where a ruling elite skillfully exploits a pandemic to convey more and more power to the government?

Why are America’s cities being overwhelmed by criminals and our border left wide open?

Finally, how did the American family – mom, dad and the kids – become so discredited while those in authority insist on forcing everyone to buy into lies about gender identity, ridiculous pronouns, and same-sex “marriage?”

It’s all part of a long-term, Marxist overthrow of America as we know it.

Their ongoing communist revolution features violence in the streets, hatred for police and immigration authorities, brutal censorship of anything politically incorrect, the capture of most institutions that convey values, and a complicit media that despises the truth.

The beating heart of this contempt for our self-governing republic and our Christian heritage is the poisonous, atheistic doctrine of Marxism, named after the father of communism, Karl Marx.

What was behind Marx’s insatiable desire to tear down society and rebuild it as a communist system?

How many people know that Marx had an unhealthy interest in the occult and was considered demonic by some of his family and friends?

Paul Kengor is the author of a dozen books, including “The Devil and Karl Marx” (2020).

Dr. Kengor is often quoted in sources ranging from USA Today to the Washington Post and has been frequently interviewed by the BBC, MSNBC, NPR, Fox News, EWTN, the Christian Broadcasting Network, by radio hosts like Glenn Beck and Mark Levin, and TV personalities like Megyn Kelly and Bill O’Reilly. His articles have appeared in many publications: the New York Times, National Review, CNN.com, Wall Street Journal, Christianity Today, and others. He is a frequent columnist for the National Catholic Register, Crisis Magazine, and The American Spectator.

In 2017, Dr. Kengor released what has been described as his “magnum opus,” A Pope and a President: John Paul II, Ronald Reagan, and the Extraordinary Untold Story of the 20th Century.

Among his bestsellers are the 2012 book The Communist, and his 2004 classic God and Ronald Reagan.

Prof. Kengor is a frequent public speaker, with venues that include the Ronald Reagan Library, the Reagan Ranch, the National Press Club, the Heritage Foundation, American Enterprise Institute, the Center for Strategic & International Studies, the Gerald Ford Library, the National Presbyterian Church, and colleges ranging from the University of Virginia to the College of William & Mary to the U.S. Naval Academy.

He and his wife, Susan, have eight children, two of whom are adopted. 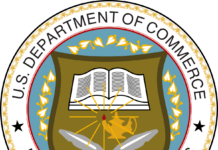