“Just last December 28, Randy Feenstra told Jeff King, ‘as you know, I love your dad and I would never run against him.’” Today, misguided political opportunism, fueled by establishment puppeteers, has revealed that Mr. Feenstra is easily swayed by the lies of the Left. Today’s announcement by Feenstra is the third attempt by the establishment in as many primary cycles to take the 4th District out of the hands of grassroots Republicans. Further, it’s an obvious attempt to undermine an effective and leading Congressional ally of the President’s whom Trump frequently refers to as ‘the world’s most conservative human being.’ From his statements, it appears that Mr. Feenstra offers Republican voters nothing but warmed over talking points from liberal blogs and failed Democratic candidates.”

King included this in his statement: 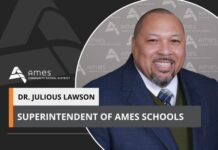