Last week we wrote about how Davenport students were essentially detained and confined in a library for not wearing a mask. This reportedly happened at multiple schools in the district.

In addition, that same day, a source who works in the Davenport administration building said nobody was wearing a mask — including superintendent T.J. Schneckloth.

“(Person) works for them. No signs about masks and no one wearing them, even the superintendent,” the message said. “Tired of these fools.”

The Iowa Standard submitted an open records request with the Davenport School District seeking surveillance video from the district offices on Sept. 20, 2021. We requested video from the main entrance as well as the front desk.

We believed this would be the easiest way to verify whether district officials were being hypocrites while students were corralled in indoor spaces without masks or social distancing.

“I am denying your request under Iowa Code 22.7(50), which provides the following records shall be kept confidential: Information and records concerning physical infrastructure, cyber security, critical infrastructure, security procedures or emergency preparedness developed, maintained or held by a government body for the protection of life or property, if disclosure could reasonably be expected to jeopardize such life or property.”

We’re not quite sure how releasing security footage from that specific date would do any of those things and we will continue to work to gain access to the footage.

Surely anyone who has been in the district offices knows how the process works, so it wouldn’t exactly be revealing any sort of security secrets.

Were district officials in the administration building not wearing masks at the same exact time students were being denied an education and confined to a school library? We don’t know.

But we know that the footage we’re requesting would reveal how consistent — or inconsistent — district officials were on Monday, Sept. 20.

Katherine Bauer, a communications team member for Davenport Community Schools, said the district is looking to put in place procedures that align with the mask mandate. However, the expectation is the mandate will be enforced uniformly throughout the district. 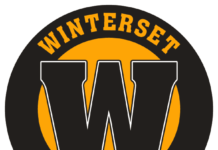