Earlier this year The Iowa Standard wrote extensively about some political proselytizing being done by teachers in Waukee.

The district also defended an LGBTQ-promoting display in the hallway at a school for eighth- and ninth-grade students.

Now, it turns out, the Waukee Northwest High School Library also has some questionable materials on the shelves.

Among them, a book called Gender Queer by Maia Kobabe. Gender Queer has been widely criticized. Chalkboard Review recently wrote about dozens of public libraries recommending the book to children — including West Des Moines.

The fact that more than 60 major public libraries in the U.S. and Canada have been recommending graphic illustrations of children engaging in sexual acts over the last five years is a “catastrophic bombshell,” Chalkboard Review reports.

But the fact a book like this is in a school is, well, whatever a level or two higher than “catastrophic bombshell” is.

Gender Queer is a story about dealing with gender dysmorphia. It includes several sexual scenes in which a child gives oral sex to an older man and the author explicitly describes (and shows) toy use during sex.

Here are pictures reportedly of the book: 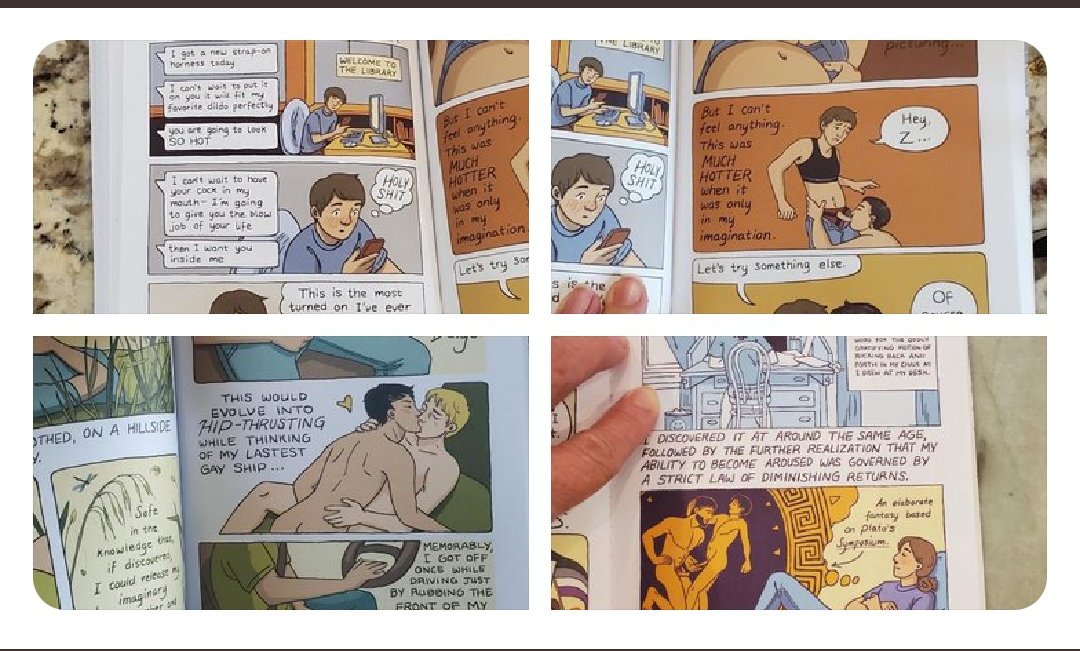 There are pictures equally as bad, if not worse, but I’m not entirely comfortable including them.

Brevard Public Schools pulled the book from its libraries earlier this year. The superintendent there said the book violates the district’s guidelines and has no place in the district.

Both books — both books — were previous winners of the American Library Association’s Alex Awards, which recognizes “10 books written for adults that have special appeal to young adults ages 12-18.”

Finally, there’s a book called “All Boys Aren’t Blue.” This book, too, is controversial. Here is why: