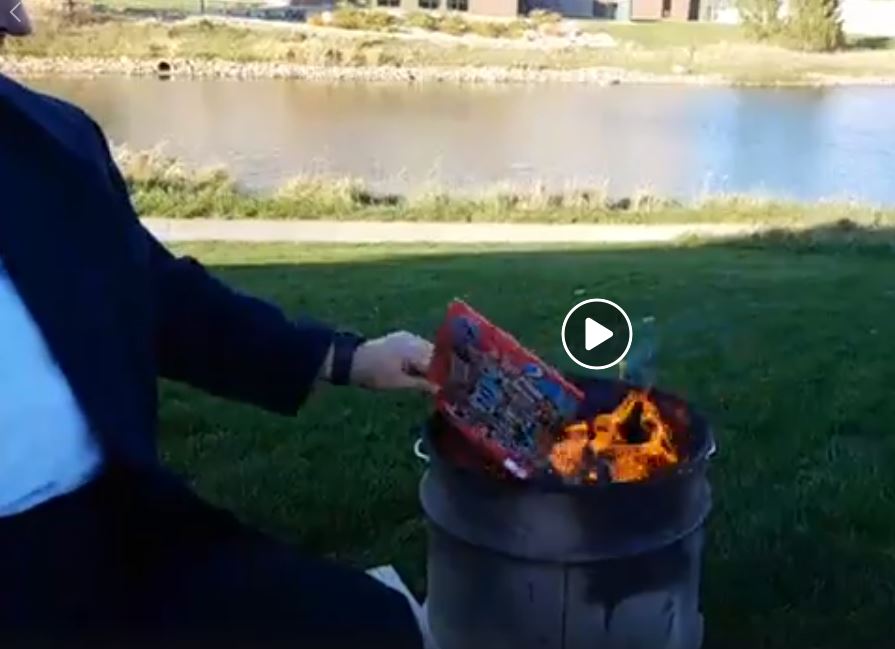 Activist Paul Dorr submitted a plea of not guilty on Jan. 19. Dorr, who is the director of a group called “Rescue the Perishing,” is charged with fifth degree criminal mischief for burning books that promote homosexuality and transgender is to children.

Dorr burned the books at the end of a 27-minute video diatribe about sexual sin and the failures of the previous generation to stand up against it in order to protect the current generation.

“Not all of the donations are being added to the collection,” she added.

The library didn’t have any hard numbers to present in terms of how often books get checked out but never get returned.

Asked if she knew of any other situations where someone was charged with a crime for failing to return a library book, Vazquez said she couldn’t answer any further questions.

“Before I make any other comments I’m going to check with my board and how much they want me interacting with the press in general,” she said. “So at this point I won’t answer any more questions.”

Sioux County Attorney, Thomas Kunstle, was asked if Dorr was being charged for burning books and failing to pay to replace them or if he was being charged based on the content of the books. Kunstle couldn’t answer.

Kunstle was then asked if the books had been paid for by anyone in Dorr’s name, and again he refused to answer.

The Go Fund Me page stated it would restore the books Dorr burnt.

“To make sure he will not censor speech and attack the LGBT+ community, we seek to replace the books with five copies of each.”

According to Iowa Courts Online, a non-jury trial date has been set for March 26.